Jill Stein is not the reason Hillary Clinton lost the election

Jill Stein is not the reason Hillary Clinton lost the election December 13, 2016 Matthew

I’ve been very open about my problems with Jill Stein and her platform this election season. I don’t think she was a good candidate and I would have liked to see my left-leaning friends vote for Hillary Clinton instead. However, when we look at the numbers, it seems that Jill Stein did not cost Hillary Clinton the election.

On the surface, the numbers look concerning. As The Washington Post reports:

So if all of those Stein voters flipped to Clinton, Trump may not be the President-elect. However, a key statistic is that 60 percent of Stein voters would have stayed home if Stein weren’t on the ballot. The other 40% would have mostly gone to Clinton at a 2 to 1 rate.

So while Stein and her bashing of Clinton may have helped Trump somewhat, when we look at the data, it appears she wasn’t a major factor in determining the outcome. Instead of pointing to one easy scapegoat, we need to analyze the many reasons why our country thought Trump was the best choice. 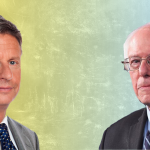 December 12, 2016
A Libertarian Answers Five Questions from a Socialist
Next Post 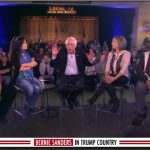 December 13, 2016 Watch Bernie Sanders Attempt to Find Common Ground with Trump Supporters
Recent Comments
0 | Leave a Comment
Browse Our Archives
get the latest from
Nonreligious
Sign up for our newsletter
POPULAR AT PATHEOS Nonreligious
1