An Atheist Responds to “S%#t I Wish (Some) Atheists Would Stop Doing (And Saying)” January 17, 2017 Matthew

I often enjoy reading the posts by Benjamin L. Corey over on the Patheos Progressive Christian Channel. I consider him an ally as we both care about many social justice issues. Corey recently wrote a post titled “S%#t I Wish (Some) Atheists Would Stop Doing (And Saying)” where he called out some bad behavior of atheists. I regularly have been self-critical of atheists so I was curious to see what he wrote. I agreed with some of his points and disagreed with others. Here are his points in bold and I respond below them:

Please stop saying or insinuating that we’re a bunch of uneducated or unenlightened idiots.

Totally agree with this one. Saying Christians and religious folk are “stupid” or “mentally ill” is both ableist and incorrect. I do think a minority of vocal atheists say some very ignorant things about religion and often vent in crude terms about the harm religion causes. This doesn’t help anyone and I always will call it out when I see it. Religious people are not stupid and are not mentally ill. Please stop saying this.

Please stop insisting that we read our Bible like right-wing fundamentalists.

Please stop referring to our belief system(s) as fairy tales.

I can see how this would be offensive and I don’t think it is a nice thing for atheists to say. Yes, religion is much more complex and socially relevant than various fairy tales. However, both myths and religions share the quality of being stories without evidence. So while it seems like a rude thing to tell believers, it isn’t totally dishonest.

Maybe lay off the whole, “religion hasn’t done any good for humanity” type of argument, because it’s obnoxiously untrue.

I mostly agree with this one. Religious communities have clearly done a lot of good with charitable work. They have also done absolutely atrocious things as well. Religiosity has also been linked to decreasing anxiety in some cases, but also can increase anxiety if people think God is punishing them for example. So yes, religion has been utilized for both good and bad and it’s unfair to only focus on one or the other. However, I would argue we may be better off without a belief system where people can justify their terrible behavior because “God said so.” 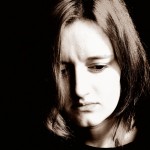 January 16, 2017
Texas Bill Aims To Take Away Voting Rights From Women Who Have Abortions
Next Post 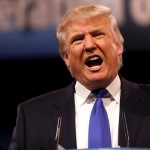 January 18, 2017 Trump Is Getting 4-1 Odds Of Being Impeached Within Six Months
Recent Comments
0 | Leave a Comment
"Take care, mate!"
Jonathan MS Pearce My Final Blog Post: Reflections on ..."
"Happy trails, Matthew. It has been a pleasure reading you here."
Pam My Final Blog Post: Reflections on ..."
"meet the new boss... https://uploads.disquscdn.c..."
al kimeea Why This Progressive Is Excited to ..."
"Another upset Islamophobe. I imagine successful Muslims scare you."
JS Stop calling Reza Aslan a fraud ..."
Browse Our Archives
get the latest from
Nonreligious
Sign up for our newsletter
POPULAR AT PATHEOS Nonreligious
1