Milo Yiannopoulos does a great job of saying terrible things to get attention and Bill Maher was happy give Milo a platform by inviting him as a guest on Real Time. You can see a main segment in the video below.

Instead of Maher challenging Milo on this, he actually said it was “not unreasonable” and then asked the rest of his panel what they thought about “weirdos peeing.” Beyond just agreeing with him, Maher even praised Milo for appearing like a young Christopher Hitchens.

Unfortunately, it seems like Yiannopoulos is only going to keep getting attention as he will drive up ratings for saying awful things. I was very glad Larry Wilmore was there to call Milo out. If people are not going to ignore Milo, then we need to at least call out his BS when we see it. 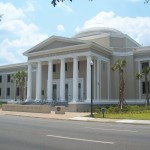 February 17, 2017
Florida's Abortion-Wait Law Has Been Blocked By Supreme Court
Next Post 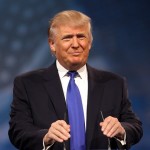 February 20, 2017 The Trump Family Is Costing Taxpayers Much More Money Than The Obamas
Recent Comments
0 | Leave a Comment
Browse Our Archives
get the latest from
According To Matthew
Sign up for our newsletter
POPULAR AT PATHEOS Nonreligious
1