Why Non-Believers Should Embrace Religion While Fighting Superstition

Why Non-Believers Should Embrace Religion While Fighting Superstition February 6, 2017 Matthew

The following is a guest post by Lucien Greaves, social activist and co-founder of The Satanic Temple.

American Christendom of recent generations has enjoyed an unprecedented ecumentical unity under the banner of the religious right. Sectarian differences have become all but invisible as “values voters” perplexingly align not with a political platform that most clearly represents most of their shared doctrinal values, but one that equally represents none of them at all. We have recently watched as religious voters devolved from an unconvincing struggle to find scriptural justification for their contemporary non-Biblical agendas (i.e. the “pro-life” platform), to even discarding their contemporary pious sense of “family values” and dignity altogether by aligning themselves behind a twice-divorced pussy-grabbing plutocratic president who seems to embody none of the alleged Christly values of charity and benevolence.

Once ardent supporters of the New Deal’s work relief and welfare programs, American Christians now embrace a bastardized “Libertarianism” that deifies the Free Market while in open contempt of charitable services. While this full about-face would seem to have revealed the capricious nature of “inviolable” beliefs, the theocratic right ardently asserts their tribal Standards of Conduct as immovable, sacrosanct and, in fact, the only rightful beneficiaries of Religious Liberty.

Where, one might ask, can we possibly find scriptural support for Hobby Lobby’s purportedly Christian belief that a corporation shalt not pay health care benefits that cover the expense of certain contraceptives? For that matter, where are we to find any justification for the notion of a sacred and immutable tradition that equates providing goods and services to homosexual couples with the Biblically prohibited act of homosexual coupling itself? The court’s have generally determined (mostly when convenient to the interests of the Christian Right, and particularly where the Religious Freedom Restoration Acts are concerned) that such questions of scriptural support and standing traditions are irrelevant — a belief is simply religious if the believer says it is.

Apologists, defending theistic religious beliefs, have become adept at shifting the focus of inquiry away from specific superstitions and toward the real world benefits of religious affiliation. Those who debate the apologists often take a stance of anti-religion, rather than anti-superstition, which works entirely to the advantage of the superstitious. When supernaturalism is agreed by both parties to be inextricable from religion, then it naturally follows that the religionist’s cultural identity, values, art, symbols, and practices should all be nullified if superstition is to be discarded. The question shifts from the intellectual tenability of superstition to the social benefits of affiliation. There is no room in this narrative for cultural religious identities held by agnostics, skeptics, and non-believers. Worse, in a legal environment where religions are afforded certain privileges and exemptions, the insistence that religion is defined by supernaturalism advantages superstition over rationalism.

Religion without superstition isn’t a new idea. Some religions, such as Jainism and Confucianism are explicitly non-theistic. The Clergy Project is an “Online Community of Forums composed entirely of religious leaders who no longer hold to supernatural beliefs” where “participants come from a wide range of religious and cultural backgrounds, including Islam, Judaism, Buddhism, Hinduism, Scientology, and more than thirty different segments of Christianity.” Many participants in the Clergy Project retain their religious affiliations to preserve their careers and communities, while the population of silent religious non-believers seems to be growing. Philosopher Daniel Dennett, noting this phenomenon, stated in a recent interview:

“I think that we see trends even in traditional evangelical churches that are moving away from doctrine and more into allegiance and ceremony and letting people be more relaxed about what they actually believe. Now, how well this is going to work, I don’t know. I think there’s a place in the world for organizations that are bound together by tradition, by music and ceremony and texts that they treat as sort of mythic texts, and I think the religions that survive this period are going to deserve to survive. They will be a far cry from what we see today.”

I believe that if Dennett were to expand his research beyond traditional established religious institutions he would see that the future of religion is now. Religious Humanism deserves to be considered as a legitimate cultural identity with deeply-held beliefs that go beyond a mere legal ploy to assert equal protection for non-believers. And, despite a lot of ill-informed commentary to the contrary, The Satanic Temple, while openly non-theistic and non-supernaturalist, is entirely sincere in its religious identification. Fighting to re-establish a level playing field for minority beliefs in an encroaching theocracy, The Satanic Temple often fights high-profile legal battles that serve to remind the Religious Right that First Amendment-protected Religious Liberty requires government viewpoint neutrality.

The uproar provoked by The Satanic Temple’s campaigns often cause for a good deal of media attention, while the negative outcome is that many assume the media attention and reaction are The Satanic Temple’s sole reasons for being. Even amongst supportive comments we’ll see remarks like, “The Satanic Temple solely exists to challenge religious privilege,” or, more insultingly, “The Satanic Temple’s sole function is to troll Christians.” The worst, of course, are those who proclaim that because The Satanic Temple does not worship Satan, we’re not “real” Satanists at all. Setting aside the fact that “worship” is antithetical to Satanic anti-authoritarian and freethought values, the act of delegitimizing another’s sense of identity and religious community — denigrating their authenticity because they approach their mythology as a metaphorical cultural narrative — dismissing them for not being fundamentalists, is backward and counterproductive.

To ask, as some people do, why we “choose” to “call ourselves” Satanists, if we’re not merely attempting to infuriate Christians is to completely misunderstand almost everything about The Satanic Temple. Non-theistic religious affiliations have cultural attachments that are deeply significant and far from arbitrary. The narrative of the ultimate rebel against tyranny, the attachment to blasphemy as a tool for liberation against imposed, frivolous, sanctified superstitions; the cultivation of the individual will and critical inquiry unencumbered by “faith” or blind subjugation; the willingness to stand as an outsider with a sense of justice independent of laws and institutions; all are embodied by the literary Satan, from Milton to Anatole France, through a canon that speaks to us about who we are and what we strive to be — regardless of what Satan means to those still shackled by superstition or concerned for its preservation and enduring dignity. Satanism, in a certain respect, describes where we “come from” and, as a religious/cultural/philosophical identity, it isn’t subject to rebranding. We have our own affirmative values that are incompatible with theocratic aspirations and unreasoned faith. We don’t exist to “troll” Christians, rather our deeply-held beliefs put us in direct conflict with superstition-based impositions and arbitrary authority.

If this is still unconvincing to the religiously unaffiliated non-believer, it makes no difference to us. However, we should hope that any skepticism directed toward The Satanic Temple’s sense of authentic religious attachment will start being carried over and applied equally to our opposition on the theocratic right. For every time we’re referred to as a political activist group that simply “uses” religion to make a point about Church/State separation, we hope that a balanced scrutiny will be applied to the organizations we often find ourselves in conflict with — those that use the label of Christianity to advance an oppressive political agenda.

At the very least, we hope non-believers will begin to recognize that in renouncing religion, they are reducing their own civic capacities to the benefit of supernaturalists. With a massive expansion of Government deference toward religious beliefs leering just upon the horizon, it may be time to end objections to religion entirely, and fight instead to ensure that your deeply-held beliefs are recognized with equal standing. 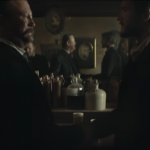 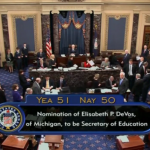 February 7, 2017 Republican Proposes Bill That Would Destroy Department of Education
Recent Comments
0 | Leave a Comment
Browse Our Archives
get the latest from
Nonreligious
Sign up for our newsletter
POPULAR AT PATHEOS Nonreligious
1