Oklahoma Advances Bill That Would Require Men To Approve All Abortions

Oklahoma Advances Bill That Would Require Men To Approve All Abortions February 15, 2017 Matthew

Republican representative Justin Humphrey introduced a bill that would require written consent from a woman’s sexual partner before she could receive an abortion. This bill just advanced from the Public Health Committee to the House with a vote of 5-2. If this bill becomes a law, men would dictate if women can have abortions in Oklahoma.

Beyond requiring written consent, this bill can allow the father to demand a paternity test before the abortion takes place. Because paternity tests usually take 10 weeks into pregnancy, this could delay the woman’s access of getting the procedure done.

Perhaps one of the most nefarious aspects of this bill is that abusive men could determine if a woman would have an abortion or not. Whether the man was sexually or domestically abusive, he would still have the ability to determine what the woman can do with her own body.

This bill makes me absolutely sick and it makes sense why Justin Humphrey would sponsor such a bill when you read how he refers to women as “hosts” who don’t have control over their bodies:

“what I call them is, is you’re a ‘host.’ And you know when you enter into a relationship you’re going to be that host and so, you know, if you pre-know that then take all precautions and don’t get pregnant. So that’s where I’m at. I’m like, hey, your body is your body and be responsible with it. But after you’re irresponsible then don’t claim, well, I can just go and do this with another body, when you’re the host and you invited that in.”

In the very conservative state of Oklahoma, this bill could advance all the way to the governor’s desk. It’s certainly unconstitutional so I’m hoping the House and Senate don’t let it get that far. Follow this link to contact Oklahoma’s legislators and let them know how you feel about this bill. 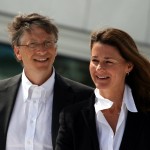 February 15, 2017
The Gates Foundation Plans To Give Birth Control To 120 Million Women Worldwide By 2020
Next Post

February 17, 2017 Introducing The According To Matthew Podcast
Recent Comments
0 | Leave a Comment
Browse Our Archives
get the latest from
Nonreligious
Sign up for our newsletter
POPULAR AT PATHEOS Nonreligious
1