The Trump Family Is Costing Taxpayers Much More Money Than The Obamas February 20, 2017 Matthew

However, the Trump family has cost taxpayers about 11.3 million dollars for their travel expenses. For comparison, Obama averaged 12 million dollars during an entire year. Some of these extra Trump family expenses include paying over $88,000 for secret service for Eric Trump’s trip to Uruguay where he was promoting a Trump-brand condo.

I find Trump’s policies so far to be very harmful for our country, but regardless of your politics, you should agree that this kind of spending is outrageous. 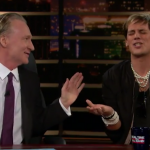 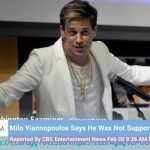 February 20, 2017 Milo Yiannopoulos Disinvited From CPAC After Pedophilia Comments
Recent Comments
0 | Leave a Comment
Browse Our Archives
get the latest from
According To Matthew
Sign up for our newsletter
POPULAR AT PATHEOS Nonreligious
1