“If U.C. Berkeley does not allow free speech and practices violence on innocent people with a different point of view — NO FEDERAL FUNDS?” This is what our president tweeted this morning in response to the protests at UC Berkeley.

If U.C. Berkeley does not allow free speech and practices violence on innocent people with a different point of view – NO FEDERAL FUNDS?

The protest against alt-right commentator Milo Yiannopoulos began peacefully, but NPR reports that violence “instigated by a group of about 150 masked agitators who came onto campus and interrupted an otherwise non-violent protest.”  There isn’t evidence if these agitators were even UC Berkeley students.

Police Chief Margo Bennet told the Associated Press that: “This was a group of agitators who were masked up, throwing rocks, commercial grade fireworks and Molotov cocktails at officers.” At least six people were injured.

Personally, I think violence is not going to be helpful and only creates a victim narrative for Milo. However, while I’m all for free speech, Yiannopoulos has started harassing students at his talks so I really don’t think he should be invited back to college campuses anyway.

But the larger message here is that our president is seriously threatening to cut funding from a protest. Yes, the protest was infiltrated with violent people, but it did start out peaceful. Why punish the entire university? If this funding cut actually went through, it would create a dangerous precedent where schools could lose money if the president didn’t agree with a protest. 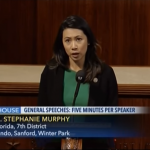 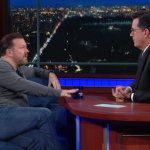 February 3, 2017 Ricky Gervais Discusses His Atheism on The Late Show
Recent Comments
0 | Leave a Comment
Browse Our Archives
get the latest from
According To Matthew
Sign up for our newsletter
POPULAR AT PATHEOS Nonreligious
1