Tuesday the Oklahoma legislature met to talk about House Bill 1549, which would prevent women from getting an abortion even if the fetus had a genetic abnormality. It’s so depressing how many of these anti-abortion bills keep popping up, but sadly it will be the norm under a Republican heavy Congress.

Anyway, as the politicians discussed if women should have control of their own bodies, Representative George Faught, the sponsor of this bill, decided to take the awfulness up a notch. When asked if rape is the “will of God” Faught replied:

“Well, you know, if you read the Bible, there’s actually a couple circumstances where that happened. The Lord uses all circumstances. I mean, you can go down that path, but it’s a reality unfortunately”

When asked about incest Faught said:

You can see the full response in this video:

So yes. Representative Faught thinks that rape and incest are just something that God creates and that justifies his terrible anti-abortion bill. Christians claim to have a moral superiority over everyone else. But their God is perfectly fine with rape and incest, when that same God supposedly can stop such horrific things from happening. This is just another case of religious people using their supernatural belief system to try and justify terrible behavior.

Look, the world is a scary place, and it may be comforting to know that some all powerful being has total control. However, I’d rather try to stop such terrible things from happening by actually volunteering at a rape crisis center than hoping some supernatural being will intervene. 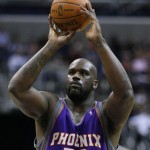 March 19, 2017
Shaquille O'Neal Thinks The Earth Is Flat
Next Post 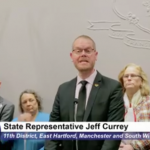 March 23, 2017 Gay Legislator Introduces Bill That Would Ban Gay Conversion Therapy
Recent Comments
0 | Leave a Comment
Browse Our Archives
get the latest from
According To Matthew
Sign up for our newsletter
POPULAR AT PATHEOS Nonreligious
1