Actors Show Us What It Would Have Looked Like If Donald Trump and Hillary Clinton Switched Genders March 10, 2017 Matthew

As many of us are still trying to make sense of what happened on Election Day, Dr. Maria Guadalupe, an associate professor of economics and political science at NYU conducted an interesting project. Dr. Guadalupe collaborated with theater professor Dr. Joe Salvatore to see if they could re-enact the Presidential Debates, but with the genders swapped. Thus, a male actor would act out Hillary’s lines during a debate and a female actor would act out Trump.

With Hillary being the first major female presidential candidate, many have wondered what would have happened if she was male. Additionally, would Trump’s chaotic and rude style work if he was a she? Watch the video below of the actors and see what you think.

Personally, I was surprised by how annoyed I was at the male portraying Hillary. His fake smiles and calculated responses seemed rather obnoxious. As a Hillary fan, I liked her demeanor and how she stuck to policy, but I was definitely biased. Conversely, I actually liked the female Trump more than I thought I would. She came across as powerful and someone who “spoke her mind.” The very thing that Trump supporters liked in him.

I felt weird for thinking this, but I wasn’t alone. Apparently, many people who watched the actors re-enact the debate felt similarly. Salvadore commented on some main themes from the audience after the performance:

We heard a lot of “now I understand how this happened”—meaning how Trump won the election. People got upset. There was a guy two rows in front of me who was literally holding his head in his hands, and the person with him was rubbing his back. The simplicity of Trump’s message became easier for people to hear when it was coming from a woman—that was a theme. One person said, “I’m just so struck by how precise Trump’s technique is.” Another—a musical theater composer, actually—said that Trump created “hummable lyrics,” while Clinton talked a lot, and everything she was was true and factual, but there was no “hook” to it. Another theme was about not liking either candidate—you know, “I wouldn’t vote for either one.” Someone said that Jonathan Gordon [the male Hillary Clinton] was “really punchable” because of all the smiling. And a lot of people were just very surprised by the way it upended their expectations about what they thought they would feel or experience.

Dr. Salvator does not like Trump at all, but found the project gave him insight on why people voted for Trump:

“In some ways, I developed empathy for people who voted for him by doing this project, which is not what I was expecting. I expected it to make me more angry at them, but it gave me an understanding of what they might have heard or experienced when he spoke.”

If you are voting based on how people appear on the surface and not the quality of their arguments, it definitely makes sense that some would prefer Trump to Hillary. Yes, he was scattered during the debates and rarely gave a coherent answer. But he was definitely precise and confident.

Hillary Clinton definitely suffered from sexism during the election season. However, in a time when many were searching for a political outsider, her more robotic behavior seemed to only hurt her even more. 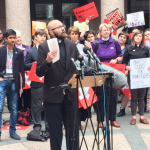 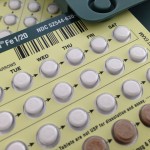 March 10, 2017 If Every Woman Had Access To Birth Control The United States Could Save 12 Billion Dollars A Year
Recent Comments
0 | Leave a Comment
Browse Our Archives
get the latest from
According To Matthew
Sign up for our newsletter
POPULAR AT PATHEOS Nonreligious
1

Jon McNaughton: The Thomas Kinkade of...
Freethought Now!
Related posts from According To Matthew