NBA All star Kyrie Irving recently proclaimed that the Earth is flat. Here is some of Irving’s reasoning for his claim:

“For what I’ve known for many years and what I’ve been taught is that the Earth is round, but if you really think about it from a landscape of the way we travel, the way we move and the fact that — can you really think of us rotating around the sun, and all planets align, rotating in specific dates, being perpendicular with what’s going on with these ‘planets’ and stuff like this.”

“It’s true. The Earth is flat. The Earth is flat. Yes, it is. Listen, there are three ways to manipulate the mind — what you read, what you see and what you hear. In school, first thing they teach us is, ‘Oh, Columbus discovered America,’ but when he got there, there were some fair-skinned people with the long hair smoking on the peace pipes. So, what does that tell you? Columbus didn’t discover America. So, listen, I drive from coast to coast, and this s*** is flat to me. I’m just saying. I drive from Florida to California all the time, and it’s flat to me. I do not go up and down at a 360-degree angle, and all that stuff about gravity, have you looked outside Atlanta lately and seen all these buildings? You mean to tell me that China is under us? China is under us? It’s not. The world is flat.”

O’ Neal and Iring are awesome basketball players, but they may want to take a few science courses before spouting off such nonsense. Yes, the Earth seems flat to us when we walk around on its vast surface. But we have many tools that tell us that the Earth is indeed round. And if you are really just going by what you eyes tell you, you can see a slight curve in the horizon when you are on a plane anyway!

Professional athletes have a huge platform so it can be used to promote good or bad ideas. I would love more athletes to speak out about social issues or the importance of science. But sadly, it seems more often than not they justify the stereotype of the ignorant jock. Hopefully, some scientists can talk some sense into these guys before they embarrass themselves further.

UPDATE: Apparently Shaq was joking about the flat earth thing. 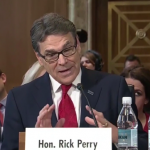 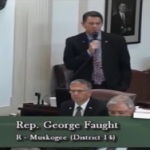 March 23, 2017 During Abortion Bill Hearing Oklahoma Lawmaker Says Rape & Incest Are "Will Of God"
Recent Comments
0 | Leave a Comment
Browse Our Archives
get the latest from
Nonreligious
Sign up for our newsletter
POPULAR AT PATHEOS Nonreligious
1