The city of Columbia, SC has spent about $250,000 dollars trying to close down an adult toy store. The city has used taxpayer money to fund a legal fight to remove the store from a zone that doesn’t allow stores to sell sex toys.

Mayor of Columbia, Steve Benjamin, thinks the money was well spent: “The fight certainly cost more than anyone expected but it was still a fight worth fighting.”

Stores that sell toys that look like sex organs are not allowed in Columbia’s city limits. So Taboo now has to change its anatomically similar sex toys to more novelty items, things you may find in a Spencer’s Gifts store. The owner of Taboo, Jeffrey White, understands that his business can no longer keep paying legal fees to fight Columbia over realistic-looking toys: “We are nearing the end of the good old days of selling realistic dicks and vaginas.”

So yes, just because this store focused on selling anatomically-correct sex toys, it has to shut down and change into a different type of store. White was very unhappy with Columbia’s decision:

I’m very angry at what the City did to me. I’m a Christian man, believe it or not. I believe in Jesus; I try to recite the 10 commandments. Not one single commandment says, ‘Thou shalt not own an adult business.’ I try to follow God’s laws. I love my enemies, just like Jesus said — I love the City of Columbia.

I’m certainly on White’s side here. With all of the problems Columbia has from terrible roads to terrible schools, they wasted a quarter of a million dollars to make sure a store couldn’t sell sex toys that looked similar to penises. Just think about that for a moment. It’s absolutely absurd, and the city council should be embarrassed.

March 25, 2017
The Never-Ending Process Of Social Justice Advocacy
Next Post 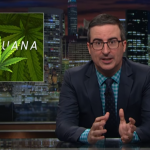