There is no evidence that transgender women have a significant advantage in female athletics, yet some misguided people try to make the argument.

Mack Beggs, a transgender boy, was forced to compete with the female wrestling group and ended up winning the state title. This outraged people because they thought he had an unfair advantage, even though he was forced to be in a group he didn’t want to compete in. So not only are anti-trans bigots wrong with their arguments, they can’t even be consistent!

Thankfully, many people have spoken out about this and Dale Hansen absolutely nails it. It’s nice to see a Texas sportscaster using his platform to make such points as the demographic watching him could probably greatly benefit. 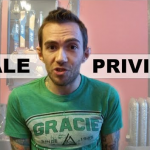 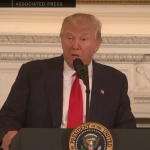 March 3, 2017 Trump's Proposed Budget Will Boost Military Spending And Slash Science & Climate Protection Funding
Recent Comments
0 | Leave a Comment
Browse Our Archives
get the latest from
According To Matthew
Sign up for our newsletter
POPULAR AT PATHEOS Nonreligious
1