The Texas legislature is trying to pass a bill that would ban people from using the bathroom of the gender they identify with. If made a law, it would be illegal for transgender people to use the bathroom that didn’t correspond with their birth certificate. This bill is based on the argument that transgender women are dangerous in the women’s bathroom.

Of course this argument does not comport with fact at all. Transgender women are not a threat and they actually are disproportionately a victim of assault compared to other groups. Bills like these are simply trying to mask their transphobia with a concern for women.

Many supporters of these anti-trans bills are conservative Christians so it is interesting to see fellow Christians call them out using their same rhetoric. Transgender pastor Reverend David Wynn recently spoke out against the Texas bathroom bill during a protest in Austin, Texas. Wynn said:

“In the beginning, God created humankind in God’s image. … So God is transgender… we’re all created in the image of what is holy and divine and sacred, and we should all be treated that way.”

Texas Senator Sen. Eddie Lucio Jr. said he supported the bill because “God created man and woman” and Wynn had a great reply:

“We’re going to stop using God as an excuse to hate people… If God hates all the same people you do, then you’ve created God in your image.”

Maybe Wynn’s words will get a few Christians to pause and reflect. If a pastor is telling them that hatred is wrong and not Christian, maybe they will change their mind. That would be awesome.

Sadly, I predict many bigoted Christians will continue to keep their anti-trans prejudice even after hearing Wynn speak. Christians often cherry pick what parts of the Bible they adhere to and which priests they listen to. And that is my main issue with religion: it can be used to justify bigotry. While Wynn’s words may or may not change the hearts of fellow Christians, his actions certainly will. If we all keep fighting against hatred, we will win. 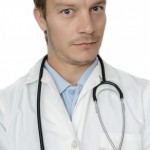 March 6, 2017
Texas Republicans Propose Bill That Would Let Doctors Lie To Their Patients To Prevent Abortions
Next Post 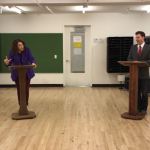 March 10, 2017 Actors Show Us What It Would Have Looked Like If Donald Trump and Hillary Clinton Switched Genders
Recent Comments
0 | Leave a Comment
Browse Our Archives
get the latest from
According To Matthew
Sign up for our newsletter
POPULAR AT PATHEOS Nonreligious
1