The Trump administration has revealed their troubling plans for the next federal budget. Trump’s proposed budget will include a $54 billion increase to military spending. More specifically, the money will go towards defense spending and things like tanks, ships, and weapons. This is absurd for two main reasons.

The first reason is that the United States already has a huge military budget and the largest military in the world. We don’t need to spend more taxpayer money on our already massive military. Hillary Clinton was criticized as being a “war hawk” yet Trump lamenting that we “don’t win wars anymore” and increasing military spending seems to be much more of a concern for people who don’t want more war.

The second reason is that increasing military spending comes at a huge cost to other programs. Among the programs that will be cut to pay for more weapons are science and climate protection. Basic scientific research is going to take a massive cut and scientists will be struggling even more to find funding for their work.

Beyond cutting basic science, the Environmental Protection Agency will get hit hard losing 25% of it’s total funding. This includes research on protecting the environment and fighting climate change.

The Republican heavy Congress is the only thing that can prevent these dangerous budget changes from happening. It’s very sad to see my country spending more money on bombs and taking away money from scientific advancement and protecting our planet. 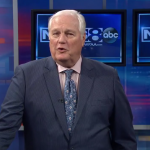 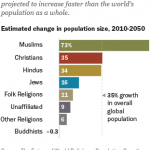 March 6, 2017 Islam Is Projected To Become The Largest Religion
Recent Comments
0 | Leave a Comment
Browse Our Archives
get the latest from
According To Matthew
Sign up for our newsletter
POPULAR AT PATHEOS Nonreligious
1