April 11, 2017 by Matthew
0 Comments
Alabama Senate Has Voted To Allow A Fundamentalist Church To Form Its Own Police Force April 11, 2017 Matthew

Alabama lawmakers have agreed to let a church have its own police department by a vote of 24-4. The Presbyterian church in Birmington, AL claims that it needs its own police force to keep its 4,000 person congregation safe.

Some private universities have their own police departments, but a church has never been allowed to have one.

There are many potential issues with this bill as the police would report to church officials instead of the state. Basically, the church could cover up crimes for religious people or create crimes for non-Christians.

The church’s pastor, a Trump supporter, is anti-gay rights, anti-abortion, and anti-atheist. So what happens if this new God Squad finds out one of the people in their congregation is gay, had an abortion, or is an atheist? Will they be arrested?

The ACLU claims that this would not survive a legal challenge, but it’s rather terrifying that this bill received overwhelming support from the Alabama legislature. It’s now up to the corrupt governor of Alabama to veto this bill. I hope the ACLU is ready to fight this case because it’s absolutely ridiculous.

Can you imagine if a mosque wanted to have their own police force? The hypocrisy of our government, who should separate Church and state, is astounding. 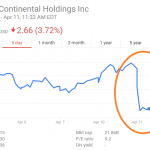 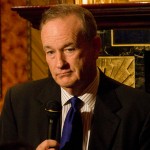