Bill Nye’s new show on Netflix explains the science of a variety of issues including some more (sadly) controversial ones like climate change and sexuality. Unsurprisingly, this has upset some conservatives and they are now attacking Nye. One common argument against Nye is that is he not a real scientist.

Bill Nye is not a real scientist, but it’s totally fine!

Nye openly admits he’s not a scientist, but a communicator of science. You don’t have to be a scientist to talk about science. What matters is sharing the work of actual scientists or summarizing what they say accurately (that’s the tricky part.)

I’m a scientist and I have no problem with science journalists popularizing science as long as they do so accurately. Bill Nye has an excellent track record of listening to science and then breaking it down for people. Outside of his temporary skepticism of GMOs, Nye always communicates the scientific consensus.

So I find it ridiculous to try and dismiss Nye for not being a “real scientist” when he is saying the same things the scientists are saying. It’s also bizarre that conservatives try to use this argument when they dismiss what the 97% of scientists say about climate change. This is simply a weak attempt to dismiss evidence they don’t like.

People don’t like when their worldviews are challenged and sometimes it can be very difficult for them to accept the evidence. However, science communication can reach many people who are not as entrenched in their beliefs and we can attempt to reach others as best we can. However, we can’t reach everyone so it may be best to focus our resources on those more willing to listen and are open to new knowledge. 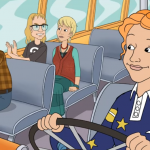 April 30, 2017
Anti-Vaxxers Get A Science Lesson On The Magic School Bus
Next Post 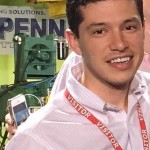 May 4, 2017 Trump Hires New Official Who Has Been Accused Of Sexual Assault By Five Different Students
Recent Comments
0 | Leave a Comment
Browse Our Archives
get the latest from
Nonreligious
Sign up for our newsletter
POPULAR AT PATHEOS Nonreligious
1

Why Jesus-ing Harder Won't Bring Churchless...
Roll to Disbelieve
Related posts from According To Matthew