I’ve been living in South Carolina for over five years now. Despite feeling very out of place at first, I’ve actually seen fair amount of social progress. We removed the confederate flag at the State House. We accepted gay marriage before it was federal law. We’ve had great protests for a variety of social issues. I have personally met many inspiring progressive activists in my city.

But before I get too caught up in any optimism, there are plenty of South Carolina things that send me back to reality. Sheri Few’s political campaign is the reason many people judge South Carolina.

The picture above is from one of Few’s first campaign ads where she is holding an AR-15 and ranting about “weak politicians” blaming a tragedy on free speech or a flag. Whatever that means.

Then in a longer ad you can see Few rant more about “political correctness” and “make America America again.” She also shows Obama meeting with Islamic leaders for an obvious attempt as making him seem “Muslim.”

Few’s campaign is just so sad to me because she represents such absurd policies and gets plenty of support. The congressional seat she is running for has no clear front runner and she could end up winning.

My main focus is finishing my PhD, but I do get involved with local activist groups as much as I’m able to. When I see people like Few run for congress, it makes me feel like I should do more. But I’m not interested in running for office. I want to be an educator and scientist.

I feel like many other scientists also want nothing to do with politics because they see how absurd the whole process is and how devoid of evidence-based reasoning it can be. But there are more and more efforts to get scientists involved. Such efforts do make me more optimistic, despite seeing people like Few having support in the political world. 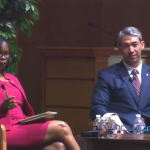 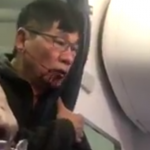 April 25, 2017 These Are The Cops Who Assaulted David Dao And They Claim It's Dao's Fault
Recent Comments
0 | Leave a Comment
Browse Our Archives
Follow Us!