Last week President Trump ordered an airstrike on Syria to combat the gas attacks on Syrian civilians. Political experts are trying to figure out exactly how this will impact the region and the United States’ relationship with other countries. What we do know is that the quick use of military force can directly impact the US economy. Specifically, military action will be beneficial for companies involved with weapons.

Raytheon, a major US defense contractor that builds many weapons including Tomahawk missiles, saw its stock jump the next day after the Syrian attacks. Who is a major investor in this stock? None other than the man who ordered to airstrikes, Donald Trump. The Palmer Report shows that Trump has been investing in the stock since 2015 and certainly saw a nice profit this week.

Military oriented stocks have continued to make large gains under Trump’s presidency as the president has promised to vastly expand our military budget. If this was an isolated incident, it may not be much of a story, but there is considerable concern about Trump’s conflict of interest as president. Because Trump hasn’t released his full tax returns, it’s really hard to say how much validity are associated with these concerns.

UPDATE: Trump has reportedly sold all of his stock before the election. However, because he hasn’t released his tax returns, we can’t know for sure. 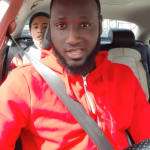 April 7, 2017
Passenger Threatens To Falsely Accuse Uber Driver Of Rape And Company Bans Her For Life
Next Post 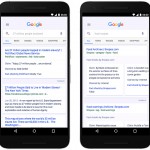