Masking Her Bisexuality: How Religion Robbed My Wife Of Her Authenticity

Masking Her Bisexuality: How Religion Robbed My Wife Of Her Authenticity May 19, 2017 Matthew

The following is a guest post by a friend of mine who wishes to remain anonymous. He shares a story of the struggles his wife goes through in hiding her sexuality from her Evangelical family.

Every day my wife wears a mask. She shields herself, her true and authentic self, despite the pain it causes her to hide who she is from the world.

You see, my wife is bisexual. She adores men and women. It is not just  physical attractions that she feels, but many facets of desirability lure her to people, regardless of gender. Among them, intelligence, humor, open-mindedness, wanderlust, not taking themselves too seriously, honesty, and empathy are all components of the cocktail that comprises her interest in another human being.

As her husband, I am filled with unwavering support of her. Over time and after many (and still ongoing) discussions, she knows that she can freely explore her sexuality as she sees fit and I will be there for her in any capacity she needs me. It’s not MY sexuality, after all; it’s hers. Part of being partners is being able to share your dreams, fears, and wants with each other from a place of empathy, no matter the topic. Throughout our talks about her genuine identity, I’ve come to understand that our love is absolute, but there are things that she needs that I simply am unable to fulfill for her. This is in no way an insult. I do not feel betrayed or that I am not good enough for her. She has reinforced that I do, in fact, meet her needs as far a male partner in her life is concerned. But I am not a woman, so I cannot hope to come close to fulfilling her desires in that arena of her sexuality. She deserves to be herself, to live fully and the ways that complete her.

Yet…she must do so in secrecy. It must remain behind the proverbial curtain, an implicit shame given by virtue of it not being allowed to be public.

Why would a grown woman, and woman who is married and has children, feel as though she cannot be completely open about who she is?

Because her parents are strict Evangelical Christians.

Because her parents believe that any version of sexuality outside of the biblical perspective of heterosexual marriage is a sin.

Because her parents would blame her for deviating from their narrow sexual view of normalcy and decency.

Because her parents would disown her.

As much as it hurts my wife to conceal her heart and her mind from the people who are supposed to support her the most, she continues the facade. Because being cast aside by her parents is unbearable.

Our children know she is bisexual. We were able to talk to them, and allow them to ask whatever questions they could think of. This helped them understand what her sexual identity means for her and for our marriage. What it means to them in how they see us as a couple. What it means to them as our children. Turns out our kids were more accepting then we could have hoped. Knowing that she has the support of our children has been both a relief and a boon to her ego. She knows in our house, our family loves, no matter how we define ourselves.

That still does not open the door for her to be public regarding who she finds attractive. The looming shadow of demoralization and condescension from Mom and Dad, ever present, demands that the door remain shut. The ax coming down on that branch of the family tree, cleaving it in the name of deity, locks that door.

The mask weighs upon her, crushing her hope. It weighs on me in a different way, a sorrow for her authenticity. I will be at the ready, should she ever want to rip the mask away. Until that day, I will be a pillar for her to rest upon. Ever supportive, and ever loving. 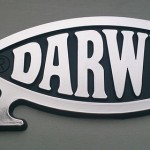 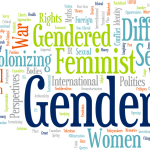