A Sociologist Reviews “The Conceptual Penis As A Social Construct”

Peter Boghossian and James Lindsay recently published a hoax paper in a gender studies journal. They aimed to illustrate the problems with gender studies and academic publishing. While I agree with some of their points, I also believe they slightly overstate their conclusion.

To recap, this hoax paper was full of complete nonsense. “The Conceptual Penis As A Social Construct” is the title of the paper and is based on no theory at all. Lindsay and Boghossian essentially throw around a bunch of buzzwords to claim that the “conceptual penis” is responsible for many of the worlds problems such as climate change. Here is an excerpt:

Toxic hypermasculinity derives its significance directly from the conceptual penis and applies itself to supporting neocapitalist materialism, which is a fundamental driver of climate change, especially in the rampant use of carbon-emitting fossil fuel technologies and careless domination of virgin natural environments. We need not delve deeply into criticisms of dialectic objectivism, or their relationships with masculine tropes like the conceptual penis to make effective criticism of (exclusionary) dialectic objectivism. All perspectives matter.

This is purposefully written to be nonsense and they certainly succeeded with that goal. They first submitted this absurdly terrible paper to NORMA: International Journal for Masculinity Studies, a Taylor and Francis journal. This journal rejected the paper, but suggested they submit to Cogent Social Sciences, a new open-access journal. Cogent Social Sciences gave the paper a mostly positive review and accepted it. The authors only had to pay a small $625 fee to get it published.

Lindsay and Boghossian conclude that this illustrates a major problem with open-access, pay-to-get-published, peer-review. It may be way too easy to get published and complete drivel (such as this paper) could be accepted. I agree with Lindsay and Boghossian that this new way of publishing papers presents a problem. It can also be very predatory to ask researchers to pay such a high amount of money to get published and it creates a conflict of interest in deciding to publish a paper or not. I couldn’t find the acceptance rate of Cogent Social Sciences, but I am going to guess it is quite high for those willing to pay.

Part of the fault may fall on the open-access, pay-to-publish model, but the rest falls on the entire academic enterprise collectively referred to as “gender studies.” As we see it, gender studies in its current form needs to do some serious housecleaning.

Gender studies is such a huge field. I don’t think it’s fair to fault the entire discipline because of a potentially malicious journal. Terrible academic journals are becoming unfortunately common in a variety of fields. (I regularly get spam emails asking me to publish in some new open-access, pay-to-publish, journal for some random field).

But neither Lindsay or Boghossian are sociologists. So I can see why they might not know what journals are respected in the field. And this is a problem more generally with these new types of journals: they pretend to be academically rigorous, which hurts the truly academically rigorous journals.

Cogent Social Sciences was founded in 2015. It does not even have an impact factor (a loose, but widely used measure to determine the prestige of an academic journal. I also wrote a brief post explaining how to check the validity of science papers). NORMA: International Journal for Masculinity Studies, the first journal that Lindsay and Boghossian submitted to, has an impact factor of zero and was established in 2006. What this tells me that neither journal is very respected and the field doesn’t cite papers in these journals very often. Personally, I have never heard of either journal before.

So to conclude my brief review of Lindsay and Boghossian’s hoax journal experiment, I actually want to say that I agree with much of the concern they raise. It is a problem for potentially predatory journals to take advantage of researchers desperate to get another publication under their belt. These questionably rigorous journals bring down the perception of their field as a whole. As a sociologist, I do find it embarrassing when such drivel becomes published. Not just this hoax paper, but terrible papers in general.

Sociology is still a young field that is still growing up. We have a lot of room to improve in making ourselves more rigorous as a whole (but that’s another post I hope to write soon). I am lucky to be in a department that strongly values scientifically rigorous research, but this may not be the case everywhere. So while it’s unfortunate these kinds of questionable journals are becoming more popular, there are still many respectable journals out there. I doubt the paper by Lindsay and Boghossian would be published in the American Journal of Sociology, or Social Psychology Quarterly, or even the Journal of Gender Studies. While this gender studies paper hoax experiment illustrates some legitimate problems, I think we should be careful with concluding how far reaching such issues are. 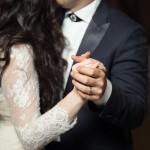 May 19, 2017
Masking Her Bisexuality: How Religion Robbed My Wife Of Her Authenticity
Next Post 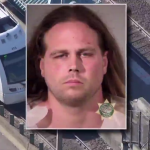 May 30, 2017 Last Week White Terrorists Killed More People Than Refugees Have In Over 40 Years
Recent Comments
0 | Leave a Comment
Browse Our Archives
Follow Us! 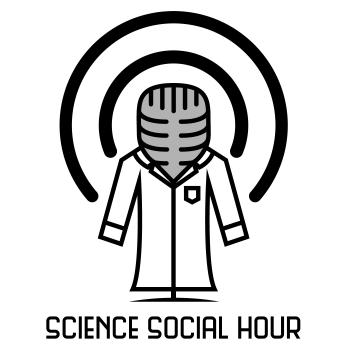 Nonreligious
Using Math To Better Understand The Brain
According To Matthew

Nonreligious
Psychological Science and Preying on Predatory Journals
According To Matthew

Nonreligious
The Trouble With Tribalism
According To Matthew

Friday Follies - Dastardly Duggar Doings, Doug Wilson...
I just could not pick one topic today.  Too much weirdness from...
view all Nonreligious blogs
What Are Your Thoughts?leave a comment
Copyright 2008-2017, Patheos. All rights reserved.