Texas Bill Could Ban Atheists and Muslims From Adopting Children

Texas Bill Could Ban Atheists and Muslims From Adopting Children May 11, 2017 Matthew

The Texas House of Representatives just passed a bill that could ban Muslims from adopting children by a vote of 93-49. The bill now has to be approved by the Senate and governor to become a law.

This Texas bill would allow public and private adoption agencies to reject applicants based on their religion. This would be one of the only laws that impacts state funded agencies in such a manner.

Christians do not have much to worry about in the very religious state of Texas, but religious minorities, such as atheists and Muslims, could definitely be affected. Specifically, this bill states that “a child welfare services provider may not be required to provide any services that conflict with the provider’s sincerely held religious beliefs.”

So in order words, some Christian working in an adoption agency can deny adoption to atheists or Muslims if they think the child’s welfare is at risk. With so much bigotry towards atheists and Muslims, this is a very real concern. Gay parents would definitely have to worry about this as well.

Rebecca Robertson of the ACLU of Texas said:

“There are currently 22,000 children awaiting placement in Texas, and last year alone 252 children died of abuse and neglect in our broken CPS system. It is shocking that the Texas House would respond to this crisis by prioritizing the personal religious beliefs of providers over the best interests of the children in the state’s care.”

Sadly, I’m not sure this is all that shocking, but it is certainly depressing. I hope the ACLU can fight this if it passes through the Senate. Support the Texas ACLU by clicking here. 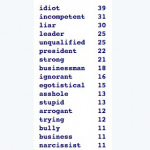 May 11, 2017
Poll Finds That "Idiot" Is The Most Common Word Americans Associate With Trump
Next Post 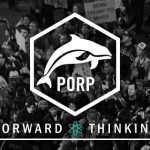 May 16, 2017 New Political Group Based On Science & Reason Is Flourishing
Recent Comments
0 | Leave a Comment
"Take care, mate!"
Jonathan MS Pearce My Final Blog Post: Reflections on ..."
"Happy trails, Matthew. It has been a pleasure reading you here."
Pam My Final Blog Post: Reflections on ..."
"meet the new boss... https://uploads.disquscdn.c..."
al kimeea Why This Progressive Is Excited to ..."
"Another upset Islamophobe. I imagine successful Muslims scare you."
JS Stop calling Reza Aslan a fraud ..."
Browse Our Archives
get the latest from
Nonreligious
Sign up for our newsletter
POPULAR AT PATHEOS Nonreligious
1