My Patheos colleague David Smalley recently wrote an article Reasonably Controversial: How The Regressive Left is Killing The Atheist Movement where he argues faulty reasoning of atheists is hurting our cause.

I actually agree with some of what Smalley said as far as the problems with absolutism, but I disagree with other points. I plan on writing a more nuanced piece delving into that soon! For now, I’d like to briefly address one point that really bothered me: equating belief in God with belief of harassment. Smalley said:

If you accept the existence of a deity based on someone else’s personal experience, you’re called an idiot.

But if you refuse to avoid particular people due to harassment allegations based on someone else’s personal experience, you must approve of all harrassment.

I’ve heard this particular analogy argued too much among skeptics (though sometimes sexual violence is used instead of harassment so I will combine them in my point). So I’d like to argue why equating harassment/sexual violence with God is illogical and potentially harmful.

First let’s analyze the evidence of God. This is pretty easy. There is exactly zero. There are extraordinary claims of a magical sky wizard from many people, but exactly zero empirical evidence of anything god like figure existing.

Now let’s look at the evidence for sexual harassment and violence. The numbers are overwhelming.  It’s estimated that there are about 321,500 cases of rape and sexual assault in the United States every year. That’s roughly one every 98 seconds. Women are disproportionally affected by sexual assault as 1 in 6 will experience rape or attempted rape in their lives (for men it is about 1 in 33).

A meta-analysis showed that 58% of women experience sexual harassment, with 24% of them experiencing it at work. A report by the U.S. Equal Employment Opportunity Commission found that up to 60% of American workers experience race or ethnicity based harassment.

Sexual violence and harassment are hard to study, but even if these statistics doubled the reality (i.e. 1 in 12 women being raped or 30% of women being sexually harassed), it would still be an absurd amount!

So sexual violence and harassment clearly happen and it is often covered up as much as possible (see universities or Fox News). Furthermore, false claims of sexual violence are extremely rare and happen no more than any other crime.

Thus, it is entirely reasonable to believe a survivor of sexual assault or harassment. It happens all the time. There is often very little incentive to lie about it too as women who come out about such things often deal with even more harassment.

Conversely, there is still zero proof for god.

Extraordinary claims require extraordinary evidence. But sexual violence and harassment are far from being extraordinary. Let’s stop with this illogical analogy that only makes it harder for women to share their stories. 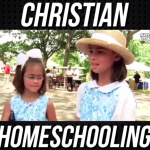 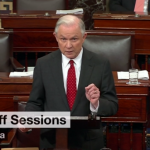 June 21, 2017 Jeff Session's New Attorney Defended A Christian School That Wanted To Ban Interracial Dating
Recent Comments
0 | Leave a Comment
Browse Our Archives
get the latest from
Nonreligious
Sign up for our newsletter
POPULAR AT PATHEOS Nonreligious
1