Hoax Paper About “The Conceptual Penis” Is Retracted From Journal

Hoax Paper About “The Conceptual Penis” Is Retracted From Journal June 2, 2017 Matthew

James Lindsay and Peter Boghossian submitted an article full of nonsense to a mediocre journal, which rejected it and the automatic & electronic article transfer system suggested they submit it to an even lower tier, pay-to-publish journal. That journal, Cogent Social Sciences, accepted it (as they most likely accept any paper if the authors can pay for it).

Lindsay and Boghossian argued that this illustrates some problems with academic publishing, which I agree with. However, I believe they greatly overstate their conclusion that this stunt provides much evidence that the field of gender studies is seriously flawed.

Now the latest news in this saga is that Cogent Social Sciences has officially retracted the paper after learning it was a hoax. Here is an excerpt from their official statement:

The article was received by a Senior Editor and sent out for peer review as is standard. Two reviewers agreed to review the paper and it was accepted with no changes by one reviewer, and with minor amends by the other. On investigation, although the two reviewers had relevant research interests, their expertise did not fully align with this subject matter and we do not believe that they were the right choice to review this paper.

Peer review depends significantly on trust between authors, academic editors, peer reviewers and publishers, supported by appropriate systems and processes. While we continue a thorough review to ensure these are as robust as possible, we are taking three immediate steps:

So the journal took the blame, but placed it all on a lack of fit from the expertise of the reviewers. Personally, I think this is strange as any competent academic would have realized how nonsensical the paper was. Also, it’s odd that these reviewers claimed to have a relevant research interest, but not enough expertise in this area (which I guess would be gender studies/masculinity studies).

This just provides further evidence that the journal is immensely flawed.

Thus, Cogent Social Sciences clearly has problems and while I wouldn’t ever want to submit a paper to them, I do think it’s good they are trying to use this experience as a learning opportunity. The journal was founded in 2016 so they are very young. Maybe they will improve with time.

This stunt by Lindsay and Boghossian was annoying to me as a skeptic and social scientist. There were other people who explained why getting a bad paper published in a bad journal isn’t indicative of the field overall, but to my knowledge neither Lindsay or Boghossian have accepted such criticism. Conversely, Steven Pinker is an example of a skeptic who first agreed that the hoax was successful, but later changed his mind with new evidence saying it “missed the mark.”

The hoax paper didn’t reveal much about gender studies, but it did suggest a clear agenda from Lindsay and Boghossian. 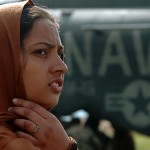 June 1, 2017
Pakistani Teenager Sentenced To Death For Adultery After Being Raped At Gunpoint
Next Post 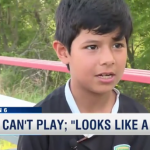 June 5, 2017 Nebraska Girl Banned From Soccer Tournament Because She "Looks Like a Boy"
Recent Comments
0 | Leave a Comment
Browse Our Archives
get the latest from
According To Matthew
Sign up for our newsletter
POPULAR AT PATHEOS Nonreligious
1