A Socialist Answers Five Questions From A Libertarian

Previously I interviewed my friend Michael, who identifies as a libertarian. Despite our ideological differences, I really appreciated Michael taking time to chat with me about politics! I certainly learned a lot from his answers and it definitely helped me understand libertarianism in greater detail. My goal here is to reduce political polarization through mutual understanding. This time Michael asked me some questions and here are my answers!

Matthew: As you discuss in your answers, humans are fundamentally social creatures. Because of this, I do think there are certain obligations the individual should owe for society for it to work more effectively. Broadly, we should aim to not harm each other and help each other when possible.

Ideally, I would like society to offer a space of equality for everyone where they can express themselves how they wish if it doesn’t interfere with other people’s liberty. However, I also think that if we have more than enough for ourselves, we should feel morally obligated to give to those less fortunate. The income inequality in the United States is ludicrous right now and only getting worse. I would like to the super wealthy give more to those who they make their money from.

Of course, actually making sure the wealthy give up some of their wealth is tricky! Right now we have elevated tax brackets for the wealthy and I personally think they could be even higher. It’s not a perfect system, but taxing the wealthy and funneling some of their money into programs who help those who need it is still better than not providing any help to those in need.

Michael: As I mentioned in my responses, one of the things I most admire about you and many fine folks on the Left is your concern for those in need. My question is, What do you see as the boundaries of this moral concern? In other words—and this does tie into my last question—is there a point at which an individual should be left to face the consequences of bad decision-making, without society stepping in to provide for them? For the sake of clarity, let me specify that here I am particularly thinking of people who run up massive gambling debts, or who abuse alcohol and/or other drugs until they lose jobs, homes, families, etc., and show no sign of sincerely wanting to change.

Matthew: Practically, there has to be some point. Even the most socialist utopia wouldn’t be able to solve everyone’s problems through societal intervention. I suppose I take a rather utilitarian approach to this. If we tried to pour resources in solving everyone’s issues, it would be impossible and we would run out of resources. But I do think spending resources on large problems (for example, making sure the sick and disabled receive health care) is a worthwhile cause. We should aim to help as many people as we can with as few resources as we can.

But yes, I do think there should be checks in place so people don’t abuse the system. However, for every person who finds some loophole with food stamps to eat lobster, there are many more that use them to feed their children. As I said above, I don’t delude myself in thinking tax funded programs are 100% efficient. Far from it. But an imperfect system is better than nothing.

Michael: To what extent do you see connections between economic freedom and social freedom—or do you see them as very different? For the purposes of this question, I will define economic freedom in terms of the ability to buy and sell one’s labor and goods with others who are similarly free, and social freedom as the ability to express one’s self, live as one wishes, marry whom one wishes, etc.

A quick word on where I’m coming from with this question: my experience from my time on the Left, and from things I have seen since, is that many progressive liberals have a strong and very commendable commitment to social freedoms, particularly for LGBT people, women, and minority groups, but a deep skepticism of the free enterprise and markets system (aka capitalism). To my eye, the two are connected: having the freedom to buy and sell with people in other countries without having to pay onerous tariffs, for example, seems logically of a piece with the idea that discrimination against people because of race, ethnicity, nationality, gender, or sexual orientation is wrong.

Matthew: This is a great question and one I’m constantly reflecting on. On the left, I know plenty of people who think they are connected, but in the opposite direction! As I mentioned above, those federal programs that offer food and healthcare aim to help those in need. So we forfeit some economic freedom to help out the most vulnerable groups like the poor, elderly, and disabled.

Again, I concede these programs are not perfect. I can understand how it would be frustrating to see one’s money be taken away for a program that has explicit flaws. But again, I consider this the best option with what we have to work with. I think having a system in place to give is still better than hoping people give on their own without any direction.

Matthew: Yes! I don’t care for our massive military budget as I think too often America tries to be the world’s police officer and doesn’t always do a good job. An example of something that should be completely eliminated would be “abstinence only” education (which I believe most funding is now gone thankfully). Or of course many of Trump’s proposals like his infamous wall.

Perhaps libertarians and socialists can find a lot of common ground with reforming programs. The issue I always have with libertarianism is the intermediate steps. Yes, let’s say that a particular program is not working super well, but is still helping some people. If we slash the program, those people who really need it get screwed. Maybe we can work on some intermediate steps to make sure the program becomes more efficient, but those who need the services can still get them somehow.

So I can relate to a more libertarian perspective orientation here. When I see the government spending my tax dollars on things I feel very strongly against, I definitely do not enjoy it. However, I am in favor of things like healthcare and education so while the government may not do the most efficient job with covering those things, I am much more content in paying taxes on them. My hope and goal is to shape the government to fund efficient and helpful programs and reform them with any new evidence that arises.

Michael: When you think about the current state of the Left-Right divide in our country, particularly after the election (shudder), what message or insights do you most wish conservatives and libertarians would take the time to understand and internalize about progressive liberals and Democrat voters? How would you like people on the Right to view you, and people with similar views, such that they might be more willing to engage with folks on the Left in a respectful and civil manner?

Matthew: In general I wish everyone would make a stronger effort to understand their opposition. Too often we are quick to use strawman arguments and demonize people with bad information for merely being on the “other side.” We should all be mindful that we are biased and make our best effort to reflect on our own positions. You may not completely shift your values, but sometimes listening to those you strongly disagree with can illustrate some weaknesses in your own position.

For example, I think too often libertarians think socialists just want “free stuff” without considering why we think socialized things are important. It’s not that we are lazy and don’t want to pay for anything, we think that the government providing healthcare, education, and other resources is the best way for everyone to get what they need to live a happy and healthy life. Additionally, I think it’s unfair when socialists claim libertarians are incredibly selfish that don’t care about anyone. I think many libertarians do care, they just think liberty, above other things, is most important for the well-being of our society. So we may all want similar things and our society to do well, we often just disagree on the methods.

On a related note, I also feel like conservatives are too quick to demonize those who care about social justice and lump us all in one group. Yes, there are jerks in every group, but to focus on a handful of people is simply unfair. Try talking to a variety of liberals and social justice activists. Try making an honest effort to listen to what we are concerned about. You might even find that we agree sometimes! 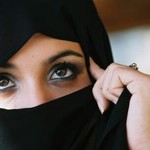 June 13, 2017
Full-Face Veil To Be Banned In Norway's Nurseries, Schools, And Universities
Next Post 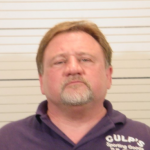