Richard Dawkins was slated to give a talk with a radio station in the city of Berkeley to discuss his latest book:  Science in the Soul: Selected Writings of a Passionate Atheist.

However, the talk was canceled.

KPFA, the Berkeley radio station that sponsored the event gave the following reason:

Dear Richard Dawkins event ticket buyers,We regret to inform you that KPFA has canceled our event with Richard Dawkins. We had booked this event based entirely on his excellent new book on science, when we didn’t know he had offended and hurt – in his tweets and other comments on Islam, so many people. KPFA does not endorse hurtful speech. While KPFA emphatically supports serious free speech, we do not support abusive speech. We apologize for not having had broader knowledge of Dawkins views much earlier.  We also apologize to all those inconvenienced by this cancellation. Your ticket purchases will automatically be refunded by Brown Paper Tickets.

Wow. What exactly did Dawkins say that was so “abusive?” Did he threaten a group of Muslims? Did he harass someone on campus? Nope, he Tweeted about Islam. Specifically, he has been critical of the religion because it isn’t supported by evidence and influences violence and bigotry. Also, the radio station being unaware that Dawkins has said been critical of Islam is mind-boggling to me since he’s been a prominent figure speaking out against religion for years.

Jerry Coyne emailed Dawkins about this and here was his response:

KPFA is a liberal radio station in Berkeley. When I lived there, they were the good guys and I listened to their station almost every day. They were scrupulous in their fact-checking in those days – how sad that they have come to this: if they had done any fact-checking at all, they couldn’t possibly have come to the conclusion that I used “abusive speech” against Islam. The only only one of my tweets I can find this year, which could possibly be called abusive, is nothing to do with Islam. As follows:
“Ashamed to be American?” Don’t be. The majority of you voted against this narcissistic, xenophobic, vainglorious, ignorant 2-year-old. [JAC: This was of course about Trump.]

Not only did KPFA fail to fact-check.  They didn’t even tell me before cancelling the event and refunding tickets.

They didn’t even tell Dawkins before they cancelled it! Wow.
This is simply ridiculous. Being critical of a belief system is not abusive. Religion does lead to harm sometimes and calling that out isn’t mean at all, it’s honest.

The Center For Inquiry has stated that cancelled this talk was “baseless and unconscionable” and I’m going to have to agree. Religion has so much privilege in our society that simply pointing out its flaws can be labeled abusive. I hope Berkeley eventually offers an apology. 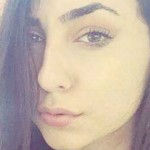 July 19, 2017
Christian Father Murders His Own Daughter Because She Dated A Muslim
Next Post 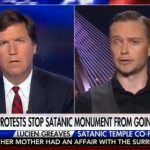 July 21, 2017 Satanist Makes Tucker Carlson Look Silly While Talking About Religion
Recent Comments
0 | Leave a Comment
"Take care, mate!"
Jonathan MS Pearce My Final Blog Post: Reflections on ..."
"Happy trails, Matthew. It has been a pleasure reading you here."
Pam My Final Blog Post: Reflections on ..."
"meet the new boss... https://uploads.disquscdn.c..."
al kimeea Why This Progressive Is Excited to ..."
"Another upset Islamophobe. I imagine successful Muslims scare you."
JS Stop calling Reza Aslan a fraud ..."
Browse Our Archives
get the latest from
Nonreligious
Sign up for our newsletter
POPULAR AT PATHEOS Nonreligious
1

Exposed: the evangelist who was assaulted...
The Freethinker
Related posts from According To Matthew