Peter Boghossian Thinks Weak Men Use Feminism To Get Laid

I never really much heard much about Peter Boghossian until recently. His silly gender studies hoax got my attention and I recently saw a few of his Tweets about feminism that were shared by some Facebook friends. Saying outrageous things is an effective way to obtain an online following. But since he has that following now, I figured it was worth addressing some of these awful recent Tweets:

Why is it that nearly every male who’s a 3rd wave intersectional feminist is physically feeble & has terrible body habitus?

Okay this reads like a petty insult against the physical appearance of male feminists.

In other words: “Feminists are ugly!!! LOL.” Good one Pete. Very compelling argument. It shouldn’t have to be said, but the physical appearance of someone does not impact the validity of their arguments. However, Dr. Boghossian did later clarify what he meant here. Apparently, he wasn’t trying to make fun of the appearance of male feminists, but instead he was arguing that they are weak and use feminism to get laid.

My “body habitus” tweet was a reference to what evolutionary biologists term “sneaky fucker” theory.

“Sneaky f*cker” theory refers to the evolutionary psychology idea that beta males will “sneak in” and have sex with a female while the alpha males are busy. This theory was coined by John Maynard Smith and doesn’t have much (if any) scientific support.

Both Tweets by Dr. Boghossian here are embarrassingly ignorant and illustrate his own bias against feminism. It’s like Pete can’t imagine why any man would embrace feminism so obviously they must be doing it to do get laid. It’s also just sloppy reasoning based on supposed anecdotes. Did he actually measure the body fat of a sample of male feminists and compare it to the average population? Until he shows the study he did, it’s just a childish attack on people he doesn’t like. But interestingly, he attempts to use pseudoscientific jargon to justify his biases.

Although those of us not so entrenched in anti-feminist ideology can see how sad this looks. Peter made some bad arguments here and he should feel bad.

As wrong as Peter is here, I admit there are definitely instances of male feminists being terrible. There are awful people in every group. However, generalizing the bad apples to the entire group and/or using those bad apples to attack the ideology is just wrong and lazy. 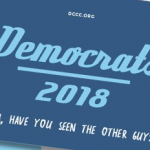 July 8, 2017
New Terrible Slogan From The Democrats "Have You Seen The Other Guys?"
Next Post 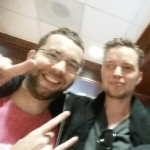 July 9, 2017 No Idle Hands Here: The Continued Activism Of The Satanic Temple
Recent Comments
0 | Leave a Comment
Browse Our Archives
get the latest from
Nonreligious
Sign up for our newsletter
POPULAR AT PATHEOS Nonreligious
1

Joe Rogan 'Ivermectin Is The Red...
Laughing in Disbelief
Related posts from According To Matthew