A recent poll by Public Policy Polling showed that 54% of Trump voters believe Christians are the most discriminated religious group in the US. Like most privileged groups, the loss of an advantage appears to be persecution. So having some companies say “Happy Holidays” to include everyone instead of “Merry Christmas” seems like an attack for many Christians.

I’m sure many Muslims wish people saying “Happy Holidays” was the least of their problems as they consistently are viewed very unfavorably and have to regularly worry about hate crimes. Atheists are also viewed unfavorably in this country, but at least we can hide it more easily.

When it comes to racial issues, 45% Trump voters believe that white people are the most discriminated against. Sigh..

This Public Policy Polling poll did give some optimistic results though regarding the Trump’s disapproval and the 2018 election. Trump continues to hover around a 40% approval rating and just 33% of the US thinks he is making America great again. Additionally, despite Trump calling essentially all major news outlets “fake news” they consistently are viewed more favorably than he is.

Looking ahead to 2018, it does seem like the Democrats could be at an advantage, but mostly because the Republican party is such a mess right now:

Things are continuing to look good for Democrats in 2018, as they lead the generic Congressional ballot 49-35. The 14 point lead for Democrats may be too good to be true though- it’s a function of a highly divided Republican base at this point. While Clinton voters say they’ll vote Democratic for Congress next year 90-4, Trump voters say they will vote Republican by only a 74-13 margin. Part of the reason Republicans have done better than expected in 2014 and 2016 is they were divided earlier in the cycle and came together by the end, we will see if that trend continues in 2018.

So these polls continue to offer some mixed messages about our country. On the one hand, there are still plenty of ignorant viewpoints on social issues by many people in our country. But there are also plenty of people who are resisting the president at every turn. I’m not sure Trump will make it four years, but if we keep fighting, hopefully we will not have to deal with him for another term. 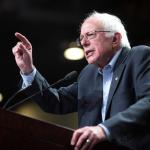 August 24, 2017
Many Bernie Sanders Supporters Voted For Trump And It May Have Cost Hillary The Election
Next Post 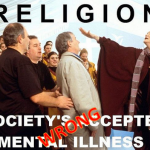 Italy Arrests Cardinals And Seizes Vatican...
Laughing in Disbelief
Related posts from According To Matthew 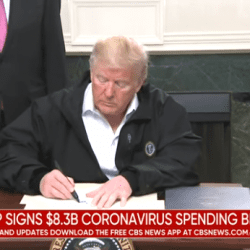 Nonreligious
Bernie Sanders Suspends His Campaign
According To Matthew 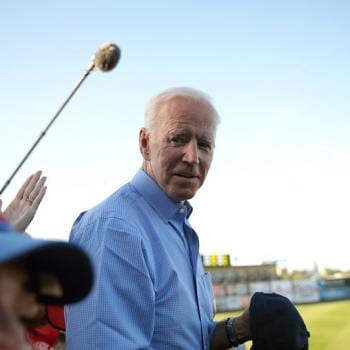 Nonreligious
Why Are Democrats Ignoring The Sexual Assault Allegation...
According To Matthew