Ted Cruz has also spent much of his career trying to police people’s sexuality by fighting against gay people’s right to marry and taking away the sexual health services provided by Planned Parenthood.

As I write this, Cruz hasn’t made a statement, but one of his staffers told Twitter that the “offensive tweet” was taken down.

Thanks for watching ted!

I’ll update this or make a new post if Cruz finally gives an excuse of what happened. 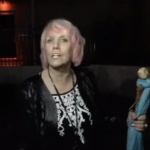 September 9, 2017
Christian “Prophetess” Attempts To Stop Hurricane Irma By Striking It With A Scepter
Next Post 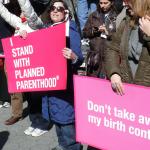 September 12, 2017 Satanists And Planned Parenthood Are Making Abortion Much More Accessible In Missouri
Recent Comments
0 | Leave a Comment
"Another upset Islamophobe. I imagine successful Muslims scare you."
JS Stop calling Reza Aslan a fraud ..."
"What data? Some random claim in the comment section? And shelving the books doesn't count ..."
JS Stop calling Reza Aslan a fraud ..."
"So nothing at all is ever blamable on religion if it's not a core tenet ..."
swbarnes2 Parents Starve Their Child To Death ..."
"The most important thing now is to not only get a new president, but to ..."
persephone Why This Progressive Is Excited to ..."
Browse Our Archives
get the latest from
According To Matthew
Sign up for our newsletter
POPULAR AT PATHEOS Nonreligious
1

Elliot Page Comes Out As Transgender,...
Progressive Secular Humanist
Related posts from According To Matthew