Why Identifying As A Skeptic Can Be Problematic

Why Identifying As A Skeptic Can Be Problematic November 5, 2017 Matthew

Many people identify as skeptics in the atheist community. You’ll often see the same crowd attending both “atheist” and “skeptic” events. The general definition of a skeptic is someone who tries to be objective and questions the validity of many things, not just whether there is a God. The atheist community is sometimes called the atheist/skeptic community because of the overlap of the words.

I used to think of myself as a skeptic. It seems like a identifying with skepticism is a good trait to have. However, I’ve grown to really dislike the word over time and now feel rather skeptical of those who identify as skeptics!

I’ve run into far too many skeptics who turn off their skepticism when it’s convenient for them. You’ll see them apply great skepticism to some areas (like religion), but then become much less critical of ideas that are consistent with their own ideologies (like maintaining the status quo).


Of course, this idea is nothing new. Confirmation bias is a well known psychological phenomenon. We tend to pay more attention to things that confirm our biases and less attention to those that do not. So why pick on skeptics? Well, I think there are some extra biases that occur when people proclaim themselves as being extra skeptical. And there is some social science to support this claim.

The first bit of evidence goes into the literature on identity theory. As I’ve written about before, people are going to be motivated to ignore information that conflicts with their identity. So this becomes a problem when a conservative rejects evidence for climate change for example. Their deeply held beliefs are threatened with evidence that climate change is caused by human activity, so they are extra motivated to ignore it.

So if you are a skeptic, a person who thinks as themselves as particularly objective and rational, wouldn’t it be threatening to be told you are being irrational? As someone who used to identify as a skeptic, I would say this was the case for me. The stronger the identity is held, the more vulnerable a person is to being biased. So if someone strongly thinks of themselves as an amazing skeptic, it may be very identity-threatening to be exposed to information that proves them wrong. Especially if that information threatens another identity they have!


Beyond identity threats, I believe this issue can also partially be explained by work on the bias blind spot. As West, Meserve, and Stanovich write (2012), this bias blind spot “arises when people report that thinking biases are more prevalent in others than in themselves.” So people often think others are more biased than themselves! That makes sense as humans tend to enjoy thinking of ourselves as better than we really are for self-protective purposes. Here’s where it gets interesting.

In that same paper by West, Meserve, and Stanovich, they find that higher cognitive ability does not prevent people from experience this bias blind spot. In fact, those with high intelligence can even be better at rationalizing away their biases!


Furthermore, research by Scopelliti and colleagues (2015) found “people who believe that they are relatively immune to bias are less likely to enact corrective strategies, even when correcting strategies are explained and explicitly suggested.” So those who think they are extra objective and very immune from bias may be more likely to ignore advice or feedback from others!

Wow. These findings would certainly apply to the educated skeptic who believes they may be immune from bias. To make this more concrete, let’s look at some examples of well-known skeptics not being particularly skeptical.

I’m increasingly concerned with the degree of censorship within the “new atheist” and “skeptics” community. As some of you know, after I published an article that was critical of what I would describe as a strain of anti-intellectualism among some skeptic leaders, Michael Shermer sent me an email complete with vulgarities, personal insults (e.g., you’re a bad scholar and you’ll never be a good scholar!), and basically a threat to harm my career because I’m a “backstabber” (search The Moral Arc for some fun reading about how Shermer sometimes fantasizes about murdering “backstabbers”! Seriously).

Similarly, after writing a critique of Peter Boghossian and James A. Lindsay‘s gender studies “hoax,” both blocked me on social media and the former even blocked my phone number! I have also been permanently banned from Jerry Coyne’s blog for literally asking, “So, why not focus on something else?,” which he angrily claimed was a violation of the blog’s rules (it wasn’t).

Most recently, I posted a question in the private FB group for “Street Epistemology” (SE) about how one balances (a) advocating epistemological principles and (b) being associated with Boghossian, who founded SE, given his frequent defenses of white nationalists and derogatory statements about male feminists (for example). It was a serious question written for a group of what I thought were serious thinkers. Yet instead of responses, push-back, or commiseration, they simply banned me from the group! No explanation, no discussion.

I continue to be awed by the reflexive censoriousness and stunning hypocrisy of the “skeptics” community. This community demonstrates why evangelizing for epistemology remains so very important.

These stories definitely show how several prominent skeptics have ignored his perspective when they disagreed with them. This would very much be consistent with the research by Scopelliti and colleagues (2015)!

If you read the comments in Facebook thread I linked above, Michael Shermer, the founder of “Skeptic” magazine, resorts to personal attacks and argues that Torres is not a “real scholar” when he was criticized. These are examples of Ad Hominem and No True Scotsman fallacies instead of rational debate. Shermer even suggested that because he helped Torres in the past, he felt it wasn’t fair that Torres publicly shared some criticism of Shermer! This is all a pretty striking example of the social science literature on bias blind spots!

So what can we be do about all this? In my view, much of these bias blind spots occur from the certainty and dogmatism that occurs from having too much confidence in holding certain positions. For example, being the founder of “Skeptic” magazine may give you a very strong skeptic identity. As we see from the studies (and anecdote) above, it may also make you less receptive to feedback that challenges your worldview.


As I noted above, it’s often self-protective to believe we are correct and objective people. It’s certainly an unpleasant feeling to be proven wrong. However, working on our intellectual humility will make us more open to feedback. Yes, it may sting in the short term, but if we value truth, that’s a small price to pay. 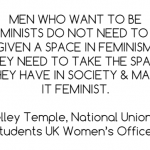 November 3, 2017
Why I No Longer Call Myself A Male Feminist
Next Post 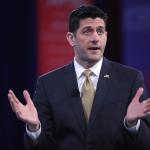 November 7, 2017 Paul Ryan Argues That Praying Is The "Right Thing" To Do After Mass Shootings Because "Prayer Works"
Recent Comments
0 | Leave a Comment
"Take care, mate!"
Jonathan MS Pearce My Final Blog Post: Reflections on ..."
"Happy trails, Matthew. It has been a pleasure reading you here."
Pam My Final Blog Post: Reflections on ..."
"meet the new boss... https://uploads.disquscdn.c..."
al kimeea Why This Progressive Is Excited to ..."
"Another upset Islamophobe. I imagine successful Muslims scare you."
JS Stop calling Reza Aslan a fraud ..."
Browse Our Archives
get the latest from
Nonreligious
Sign up for our newsletter
POPULAR AT PATHEOS Nonreligious
1

Russell Moore: Not Really a Hero
Roll to Disbelieve
Related posts from According To Matthew