Why President Trump Made Me Realize I’m Not A Socialist Anymore January 18, 2018 Matthew

As I’ve written before, I was comfortable labeling myself as a socialist. I volunteered and voted for Bernie Sanders during the Democratic primary race. I was all about the government having control to pay for a variety of programs that I thought would be helpful to our country. However, as I listened to Bernie and Hillary debate, I have to admit that I found Hillary’s positions much more practical.

For example, Bernie’s positions on free college and free healthcare sounded great. But Hillary had to make him pause, asking for specifics on how we would go about doing that with our political climate. It’s a classic debate between idealism and realism.

The crux of the difference between Hillary and Bernie was pragmatism. I loved Bernie’s ideas, but Hillary’s approach of getting to them through Congress via incremental change always seemed to make more sense. Of course, incremental change and nuance isn’t sexy or appealing to many people. And that was another thing that hurt Hillary during the election. I also learned how a more socialist approach has its own problems too, and the United States is much larger and more complex than Denmark.

Despite me appreciating the practical nature of Hillary, I still wasn’t ready to jump off the socialist train yet. I thought if Bernie was elected, it would give us a small shift towards socialism and that would be a good thing. But then Trump got elected, and I realized that giving the government more power is the last thing we need.

Obama was the only president I lived under during my adult life before Trump. I was always fairly liberal, so Obama’s center-left policies were never that shocking to me. I wish he would have reduced military spending, but I wasn’t super active in politics under the Obama administration. I started to really get into politics towards the end of Obama and the primary election season with Bernie.

Now, under President Trump, it’s the first time in my life where I am engaged in politics and regularly upset with the White House. I don’t want Trump to have anymore power than he has and he continues to be an absolute disaster for our country. Just today the White House was trying to back away from the horrendously bad Mexico Wall idea, but Trump denied changing his position on the wall.  It’s terrifying to think Trump being able to spend taxpayer money on whatever he wants. Do I really want any president to have more control than they do now?

So Hillary’s pragmatism really started to make me question my support for socialism. But it was Trump actually being elected when it hit me that I no longer identify as a socialist. I love the ideals of socialism, but we don’t live in a fantasy land with endless money. Government programs don’t always work and can be very inefficient. Capitalism isn’t perfect, but it’s not as evil as some socialists make it out to be.

I’m not really making any strong claims in this post, but that’s exactly the point. For the past few years I’ve been involved with politics on the local level, I’ve been reading more about the political climate, and I even volunteered a lot of time on a presidential campaign. What I’ve learned is that politics is complicated. There are no easy answers. Radical positions hypothetically sound great, but they become unrealistic when we try to put them in practice.

I don’t identify as a socialist anymore and I’m not sure I’m eager to jump into any other political identity at the moment. I’m still socially liberal, but I’ve become more moderate economically. I think the government should have some regulations, but not too much. There’s even some social psych research looking at how some regulation is good, but too much can be problematic in an experimental setting! In general, I’ve become more hesitant to take political stands without sufficient introspection and analysis.

Honestly, I’ve been shifting my focus away from politics and social issues the past year or so. There’s plenty of awesome activists doing great work and I’ll continue to support them. But for me, I’m more interested in science and science communication. I may dive into that more with a future post. Politics is convoluted, messy, and after getting some experience with it, I’m not sure I have the motivation to devote a lot of my time battling in the trenches like I was. 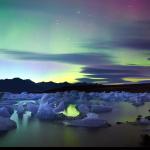 January 17, 2018
New Poll Shows That 0% Of Icelanders Under 25 Believe God Created The World
Next Post 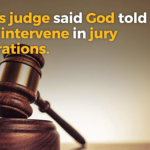 January 19, 2018 Texas Judge Interrupts Jury Decision And Says God Told Him That Defendant Is Not Guilty
Recent Comments
0 | Leave a Comment
"Another upset Islamophobe. I imagine successful Muslims scare you."
JS Stop calling Reza Aslan a fraud ..."
"What data? Some random claim in the comment section? And shelving the books doesn't count ..."
JS Stop calling Reza Aslan a fraud ..."
"So nothing at all is ever blamable on religion if it's not a core tenet ..."
swbarnes2 Parents Starve Their Child To Death ..."
"The most important thing now is to not only get a new president, but to ..."
persephone Why This Progressive Is Excited to ..."
Browse Our Archives
get the latest from
According To Matthew
Sign up for our newsletter
POPULAR AT PATHEOS Nonreligious
1