The Dangers Of Campus SJWs Are Exaggerated

I recently wrote a post on how some of the extreme left tactics we see on campuses are counterproductive. It also seems like these examples are pretty rare and not as threatening as some conservatives presume.

Joe Rogan recently interviewed Professor Daniele Bolleli about campus culture and these extreme left campus activists (aka Social Justice Warriors or SJWs). I thought it was interesting because both Bolleli and Rogan agreed that there is probably an exaggeration of how often these events occur. Yes, what happened to Lindsay Shepherd was completely unfair and wrong. Yes, Antifa busting in, pulling the fire alarm, and pushing people around in talk by a Libertarian college group was also wrong. However, do these events occur often enough to justify serious concern? I don’t think so.

Bolleli has been teaching college students social science and humanities in Southern California for years. The students he teaches are some of the most liberal students we would find anywhere. However, Bolleli says that he never experienced any sort of obnoxious behavior from his students.

My experience has been similar to Bolleli. I’ve been in both psychology and sociology departments for years and never heard of anything like what happened to Linsday Shepherd or seen any violent protests. I actually have attended some peaceful protests at my university and even when some activists started yelling, it never escalated very far.

So while I hear the concern of authoritarian tactics happening around colleges, I am skeptical of how representative they are of campus culture. Furthermore, when you look at survey data, American college students and young adults are just as or even *more likely* to embrace free speech compared to older Americans! So again, it’s a minority of loud college students that, as Bolleli and Rogan also discuss, the media plays a large role in exaggerating their impact.

Picking out the few cases of authoritarian leftists on a college campus is going to be very popular for conservative media outlets. They can milk a single event for weeks. The constant media coverage could create a perception that this is happening more than it is in reality.

So as I wrote about before, I disagree with claims by people like Jordan Peterson that these far left “cultural Marxists” are taking over. Yes, I don’t agree with their tactics, but no, I still do not see it as any sort of widespread problem that is representative of campus culture. 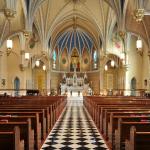 March 12, 2018
Catholic Church Against Bill That Would Allow More Time For Sexual Abuse Victims To Sue
Next Post 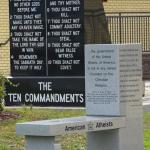 March 20, 2018 An Atheist Responds To The Fox News "Today's Atheists Are Bullies" Article
Recent Comments
0 | Leave a Comment
Browse Our Archives
Follow Us!