David Silverman has officially been fired from American Atheists. Silverman worked with the organization since 1996 and was president since 2010. He’s often been one of the more recognizable public atheists and has regularly generated national attention with provocative advertisement campaigns.

American Atheists released a statement that they were conducting an investigation after “complaints” were made against Silverman. Shortly after, we learned that those complaints were from allegations of sexual assault and financial conflicts and Silverman was let go.

Buzzfeed investigated these allegations and found that two women accused Silverman of sexual assault and there were financial conflicts regarding the promotion of his book: Fighting God: An Atheist Manifesto for a Religious World. Additionally, Silverman appointed a woman to a senior position with whom he was allegedly having a sexual relationship with.

One of the women accusing Silverman of sexual assault wishes to go by “R” to avoid any backlash for speaking out against the prominent atheist leader. R claims that Silverman forced himself on her without consent and bruised her arms as Silverman pushed R to her knees. There were several people who could corroborate her story.

Rose St. Clair also shared her claim of Silverman’s sexual misconduct that occurred when she was an undergraduate student. St. Clair met Silverman at a party at the 2012 Secular Student Alliance Conference. According to St. Clair, Silverman was flirting with her during the party and invited her to his hotel room despite her being drunk. St. Clair said: “I don’t believe I was in a position to be able to give consent. I was very intoxicated.” She also noted that Silverman knew about her interest to be involved in secular activism and used it to hold power over her.

There may be a few people who doubt these stories so I’d like to point out a few things. First off, Buzzfeed News is actually a pretty solid source as they hire accomplished journalists to work for them. Peter Aldhous, the writer of this story, has a PhD in animal behavior and has been an accomplished science journalist for years. Aldhous also won awards from Association of British Science Writers, the Association of Health Care Journalists, the UK Guild of Health Writers, the Society of Environmental Journalists, the Royal Statistical Society and the Wistar Institute. And his maps of U.S. government surveillance flights were named data visualization of the year in the Global Editors Network’s 2016 Data Journalism Awards. So this guy isn’t some slouch trying to spread fake news to get some clicks.

Secondly, it’s important to note that both stories of sexual misconduct have corroboration with several people. There are messages about the event shortly after it happened. Just because R and St. Clair shared their stories a few years after they happened, it doesn’t make them less true. Finally, American Atheists did do their own investigation and released Silverman before Buzzfeed even broke the story.

I didn’t know Silverman and only briefly met him at a conference once. But he was one of the most visible faces when I became involved with the atheist movement around 2012. However, him being a leader in the atheist community does not preclude him from engaging in misconduct. I believe the women’s stories about him and I’m glad he’s no longer president of American Atheists. 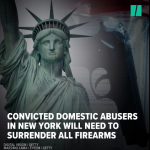 April 4, 2018
Convicted Domestic Abusers In New York Can No Longer Own Guns
Next Post 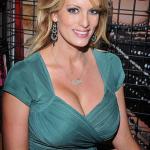 April 18, 2018 Stormy Daniels Will Donate $130,000 To Planned Parenthood In Trump's Name If She Wins Case
Recent Comments
0 | Leave a Comment
"Take care, mate!"
Jonathan MS Pearce My Final Blog Post: Reflections on ..."
"Happy trails, Matthew. It has been a pleasure reading you here."
Pam My Final Blog Post: Reflections on ..."
"meet the new boss... https://uploads.disquscdn.c..."
al kimeea Why This Progressive Is Excited to ..."
"Another upset Islamophobe. I imagine successful Muslims scare you."
JS Stop calling Reza Aslan a fraud ..."
Browse Our Archives
get the latest from
Nonreligious
Sign up for our newsletter
POPULAR AT PATHEOS Nonreligious
1

The Flocks Still Don't Like Evangelism:...
Roll to Disbelieve
Related posts from According To Matthew