No, Atheists Are Not More Religious Than Christians

June 1, 2018 by Matthew
0 Comments
No, Atheists Are Not More Religious Than Christians June 1, 2018 Matthew

A new article was published in The Atlantic with a fantastically irresponsibly title: “Atheists Are Sometimes More Religious Than Christians.” The article provides a summary of some recent Pew Research Center results that dive into the religious beliefs of Americans and Europeans.

This Atlantic article divides the results into three main findings.

1) Using questions like “do you pray daily?” and “do you believe in God with absolute certainty” they found that Americans are more religious than Western Europeans. Not super surprising and just a nice confirmation of previous research.

2) American “nones” (people who are typically atheists, agnostics, or religiously unaffiliated) also score higher on religiosity measures than Western European nones. Again, not super surprising as America has been known to be more religious than Western Europe for awhile now.

Now, this is an interesting finding, but it is not saying that atheists are more religious than Christians.

First off, they compared American nones to European Christians, but the title doesn’t reflect that. It’s neat that the religiosity of Americans is so significantly higher than Europeans that we see American nones believing in God more than European Christians. However, we must break down who are these nones to understand this finding in complete detail.

So basically, the majority of “nones” are people who believe in God, but are just not specific about their beliefs.

Thus, it is definitely not true that atheists are more religious than Christians. A more accurate claim is: American nones, who mostly consist of people who do not specify their religion, are about 4% more likely to believe in their God with absolute certainty compared to European Christians. That is certainly not as provocative as a title and definitely won’t get as many clicks. I know authors do not often pick their own titles, so whoever wrote the title of this piece should be ashamed of themselves. It’s an awful way to spread misinformation especially as many people do not read beyond the title!

Now as terrible as this title was, I do think you can make a strong case that atheists believe in things without evidence just as Christians do. Studies have documented a small amount of nonreligious people believing in the paranormal or UFOs. As someone who has spent time in the atheist movement, I have met a depressing amount of atheists who believe in all sorts of wacky things without evidence. The bottom line is that people are not good at adjusting their previously held beliefs to new evidence when those beliefs are important to them.

My Patheos colleague Neil Carter shared this article on his Facebook and made an interesting point that I’d like to quote:

Atheists do A LOT of things that strongly resemble religious people, even without the God stuff. And I don’t just mean embracing spirituality.

Atheists can be just as addicted to hero worship, hyper-tribalism, and sanctimonious virtue signaling (on both the political left and the right). As a progressive myself, I fear admitting this for the possibility of being judged by the keepers of our own kinds of “purity.” But the dynamic is there, and it is VERY strong. People who deny it are only fooling themselves.

We ALL have social influences on us, some of which go undetected, and we do things very much like the groups we say we are better than.

Well said Neil! We are all guilty of irrational thought that driven by our biases. But again, the research in this article doesn’t mean atheists are secretly religious.

May 24, 2018
New Longitudinal Study To Look At Stability and Change in Self-Identity, Attitudes, and Beliefs
Next Post 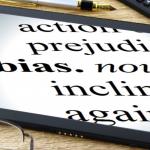 June 10, 2018 The "Bias Of The Gaps" Is Something That Happens To Everyone
Recent Comments
0 | Leave a Comment
Browse Our Archives
Follow Us!

Trump Adds Starr Dershowitz to Impeachment Defense Team
Trump has added two more people to the legal team that will...
view all Nonreligious blogs
What Are Your Thoughts?leave a comment
Copyright 2008-2017, Patheos. All rights reserved.