It’s 2018 and The Georgia School of Innovation and the Classics (GSIC) in Hephzibah, Georgia decided that hitting children is a good idea.  If children misbehave during school, they will be hit with a wooden paddle. Parents do need to sign a permission slip first. The school is from kindergarten to 9th grade.

“We take discipline very seriously… There was a time where corporal punishment was kind of the norm in school, and you didn’t have the problems that you have”

It’s been well-documented that spanking children is harmful and that other types of non-physical punishment can work just as well.  This is not controversial.

Yet, this Georgia school decided that they want to add hitting children in their curriculum. Georgia is one of the 20 states that still allows paddling of students.

Even more remarkable is that one third of the parents of this school have sent permission slips allowing the school to hit their kids! I was expecting the parents to be outraged about this kind of practice, but nope, a chunk of them think it’s totally okay to have strangers hit their kids.

If the kid’s parents do not sign the form, then they can get a five day suspension instead. So they have the choice of being hit or being removed from school for 5 days. I also wonder what kind of impact this will have on the children who see other children get hit in their learning environment. And the disparity between the students who will get hit and the others who won’t.

The only benefit of this policy is that some old-fashioned parents can not feel guilty about hitting their children. It’s ridiculous and I hope the school changes their policy soon. 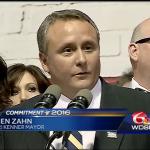 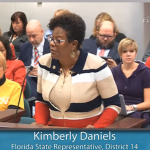 September 12, 2018 Florida Legislator Who Thanked God For Slavery Is Under Investigation Again
Recent Comments
0 | Leave a Comment
"Take care, mate!"
Jonathan MS Pearce My Final Blog Post: Reflections on ..."
"Happy trails, Matthew. It has been a pleasure reading you here."
Pam My Final Blog Post: Reflections on ..."
"meet the new boss... https://uploads.disquscdn.c..."
al kimeea Why This Progressive Is Excited to ..."
"Another upset Islamophobe. I imagine successful Muslims scare you."
JS Stop calling Reza Aslan a fraud ..."
Browse Our Archives
get the latest from
Nonreligious
Sign up for our newsletter
POPULAR AT PATHEOS Nonreligious
1