Pope Francis Compares Having An Abortion To Hiring A Hit Man

When asked about abortion recently, Pope Francis decided to make an absurd comparison. He decided to reply to the question by stating his own rhetorical questions that compared abortion to hit men.

“How can an act that suppresses innocent and defenseless life as it blossoms be therapeutic, civil or simply human?”

He then asked if taking out a human life can solve a problem.

“Is it fair to hire a hit man to solve a problem? It is not fair. We cannot take out a human being, even if it is small.”

Sigh. Where to even begin…

No, a woman choosing to complete a safe and legal medical procedure done on her own body is nothing like the criminal act of organizing murder. But of course, that’s how abortion has been framed for years. Many religious people do think abortion is murder. And it makes having any sort of discussion extremely difficult.

There is nothing in the Bible that explicitly states abortion as a sin. However, Christian doctrine has grappled with the morality of abortion for centuries.  So we can try to discuss how Christianity’s teachings have been subjective since its inception. But once someone has adhered to their ideology, it’s tough to break.

The most aggravating part of the Pope’s crude statements here is that he still acts as some sort of arbiter of morality. Even after his church is responsible for horrifying amounts of sexual abuse of children over the years. It just makes me cringe when a Catholic figure tries to argue that they “care about children” and that’s why they fight against abortion. Maybe fight against the child abuse in your own religion before you impose your beliefs on others? Sigh. That would be nice. 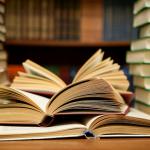 October 10, 2018
A Sociologist Reviews The "Grievance Studies" Hoax
Next Post 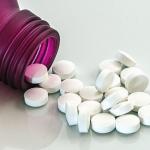