A North Charleston man was recently charged with sexually assaulted a 3-year old boy. Jacop Hazlett, 28, has now been accused of at least 13 other accounts of sexual assault.

Hazlett has worked as a church volunteer and daycare provider near North Charleston, South Carolina. He often was in charge of supervising children aged 3 to 5 at NewSpring Church. Hazlett was caught on a security camera abusing one of the boys.  Hazlett now faces one count of first-degree criminal sexual conduct with a minor.

There really are not words to describe how terrible this is. Hazlett had no prior arrests so there was no record that could show this kind of awful behavior. Thankfully, he was caught and will face the full extent of the law.

Sexual abuse happens everywhere, but just search #ChurchToo to see some harrowing stories of abuse in church. Those who claim to be moral leaders are constantly being accused of heinous behaviors (see the Catholic Church).

When I think of these awful events, I just wonder about those who argue we need more God in schools and elsewhere. It’s such a lazy argument, but it’s also harmful to assume religious people are somehow immune to committing atrocities. History has certainly shown us that is decidedly not the case. I’ll end this post with a great quote by Tracie Harris.

The quote from Tracie Harris of The Atheist Experience is particularly relevant here, but always powerful:

“You either have a God who sends child rapists to rape children or you have a God who simply watches it and says, ‘When you’re done, I’m going to punish you.’ If I could stop a person from raping a child, I would. That’s the difference between me and your God.”

h/t SoNowWat for the quote 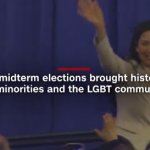 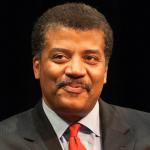 December 1, 2018 Fox And NatGeo Are Investigating Neil deGrasse Tyson After Multiple Claims Of Sexual Misconduct
Recent Comments
0 | Leave a Comment
"Take care, mate!"
Jonathan MS Pearce My Final Blog Post: Reflections on ..."
"Happy trails, Matthew. It has been a pleasure reading you here."
Pam My Final Blog Post: Reflections on ..."
"meet the new boss... https://uploads.disquscdn.c..."
al kimeea Why This Progressive Is Excited to ..."
"Another upset Islamophobe. I imagine successful Muslims scare you."
JS Stop calling Reza Aslan a fraud ..."
Browse Our Archives
get the latest from
Nonreligious
Sign up for our newsletter
POPULAR AT PATHEOS Nonreligious
1

The Vision: One Final Look
The fundamental problem is that Michael wants a shortcut. Something easier than...
view all Nonreligious blogs
What Are Your Thoughts?leave a comment
Copyright 2008-2020, Patheos. All rights reserved.