We have seen a surge in new and young voters in early voting compared to the 2014 midterm elections. Tracking early voting turnouts, we see many states are having many more people aged 18-29 vote more than last midterm election. This could have huge implications for close races because we know that young people tend to overwhelmingly vote Democrat.

Now this could be due to the unhappiness many people have with Trump. But we should still keep in mind that this is only a sign of what could happen on Election day, not any sort of major prediction.

“The youth vote is higher than 2014 so far, but so few young people have voted at this point it is not hard to double the numbers. Young people tend to vote in larger numbers during the week prior to the election, and we’re seeing some evidence that young people are indeed starting to turn out.”

Tom Bonier, a Democratic strategist, is a bit more optimistic:

“Age will continue to be a pretty darn good predictor of turnout. What these signs are pointing to is that the gap [between older and younger voters] is going to be significantly reduced.”

I’m not an expert in early voting procedures, but things do look good for a bit of a “Blue Wave” next week. Democrats may not take back the Senate, but there should be a significant shift across elections with many wins for Democrats in the House.

And I deeply hope this is the case. The Republicans have morphed into a much uglier party over the years and it would be nice to have some balance in our legislature. Voting is quick and allows you to have a voice in what happens in the country. Your voice has even more weight for local and midterm elections too! 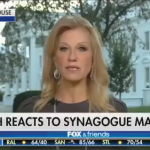 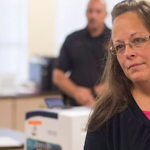 November 7, 2018 Kim Davis, Anti-Gay Marriage County Clerk, Loses Re-Election Race In Kentucky
Recent Comments
0 | Leave a Comment
"Take care, mate!"
Jonathan MS Pearce My Final Blog Post: Reflections on ..."
"Happy trails, Matthew. It has been a pleasure reading you here."
Pam My Final Blog Post: Reflections on ..."
"meet the new boss... https://uploads.disquscdn.c..."
al kimeea Why This Progressive Is Excited to ..."
"Another upset Islamophobe. I imagine successful Muslims scare you."
JS Stop calling Reza Aslan a fraud ..."
Browse Our Archives
get the latest from
Nonreligious
Sign up for our newsletter
POPULAR AT PATHEOS Nonreligious
1

Police Take Ted Cruz's Dog Away...
Laughing in Disbelief
Related posts from According To Matthew