Liberals Need To Work Together If They Want To Defeat Trump In 2020 February 21, 2019 Matthew

In Facebook’s “memories” page, you can see all the posts you made on the current day for every year you have been on Facebook. It was only about two years ago when I was much more active on social media constantly writing about politics. And when I checked my “memories” recently I kept seeing posts I made 2 and 3 years ago about my worries regarding the infighting on the left regarding the primary and general election.

Sadly, not much has changed in 2019. Despite liberals now seeing the damage Trump is doing everyday as President, many of them would still bicker over how they would never support Democratic candidate X because of their flaws. Sigh.

This post has a simple message: we (anyone who cares about liberal values) need to work together if we want to defeat Trump in 2020. The facts are that Republicans overwhelmingly support Trump.  Conservatives are simply much better at setting aside their differences and voting for the person who best aligns with their values. This study shows how liberals tend to think their beliefs are more divergent than other liberals, while conservatives tend to think their beliefs are more similar to other conservatives. This hurts liberals when it comes to voting.

Yes, there is gerrymandering and Russian hackers who generate online outrage. But there is also the fact that liberals can be quite self-serving when it comes to their progressive beliefs. It is so frustrating to meet people who supposedly care about liberal values, but avoid voting because the Democratic candidate isn’t liberal enough for them.

Every Democratic candidate is problematic. Every single one.

It’s not about them. It is about what is best for the country. And if you have liberal values, than whoever wins the Democratic nomination is who you should support.

While that’s how I personally wish more liberals approached this, I know that simply is not the case. I tried many times to convince Bernie or Jill Stein supporters to vote for Hillary. I was met with tons of backlash. I even had a death threat from a Jill Stein supporter because I said I preferred Hillary Clinton over Jill Stein!

So yes, I’d be happy to vote for any of the Democratic candidates who have announced so far. I hope whoever wins can mobilize and excite people enough so they can beat Trump. Bernie Sanders certainly is still popular as he raised about 6 million dollars in his first day of his campaign! But I’ve seen plenty of liberals bash Bernie online and I think that is unfair. I think they are unfairly blaming him for Trump’s victory. Bernie campaigned for Hillary and stuck to the issues instead of attacking her about her emails.  Blaming him for what happened in 2016 is not going to help anyone and just isn’t a very strong argument.

But again, liberals love to eat themselves alive. It’s so depressing to watch.We didn’t learn from 2016 and I just hope that we pick a popular enough candidate so enough of them get out and vote.

I know I said I’ll vote for anyone, but I will end this post with a few candidates I do particularly like. As someone who volunteered for Bernie, yes, I still like him. I also like Elizabeth Warren even though she is very similar to Bernie policy wise. However, I do think it’s cool she is coming from an academic background and seems to be just a little bit more practical than Bernie sometimes too. Finally, I really like Andrew Yang. I hope Yang makes it to the debates because his ideas about the solving the problems of automation are great. I also really like how his campaign emphasizes mental health and the overall well-being of Americans. Yes, he gets press for his Universal Basic Income support, but the more I read about Andrew Yang, the more I like him.

So there are some of my thoughts on the Democratic primary. I hope liberals come together and avoid another 4 years of Trump. There is too much at stake.

PS: If you’d like to support my new podcast, check out my Patreon! 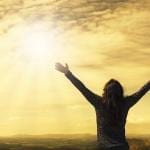 February 25, 2019 Fighting Against Infectious Disease And Misinformation
Recent Comments
0 | Leave a Comment
"Take care, mate!"
Jonathan MS Pearce My Final Blog Post: Reflections on ..."
"Happy trails, Matthew. It has been a pleasure reading you here."
Pam My Final Blog Post: Reflections on ..."
"meet the new boss... https://uploads.disquscdn.c..."
al kimeea Why This Progressive Is Excited to ..."
"Another upset Islamophobe. I imagine successful Muslims scare you."
JS Stop calling Reza Aslan a fraud ..."
Browse Our Archives
get the latest from
Nonreligious
Sign up for our newsletter
POPULAR AT PATHEOS Nonreligious
1