Abortion Could Be Punishable By A 99 Year Jail Sentence If This Alabama Bill Is Passed April 5, 2019 Matthew

The war against reproductive rights rages on in America. Alabama legislators are now trying to pass a bill that would criminalize abortion with a jail sentence of up to 99 years!

Here is a quote from the bill:

“More than 50 million babies have been aborted in the United States since the Roe decision in 1973, more than three times the number who were killed in German death camps, Chinese purges, Stalin’s gulags, Cambodian killing fields, and the Rwandan genocide combined.”

Wow. They are seriously comparing abortion, a safe and legal medical procedure, to genocide.

Beyond the alarmist wording, this bill proposes jail time for abortion doctors and criminal sentences for anyone who gets an abortion. It doesn’t matter if the abortion is after rape or incest.

Kentucky and Mississippi already have passed bills that ban abortions after the fetus has a heartbeat (usually around 6 weeks) and this Alabama bill is another attempt to take away reproductive rights. What’s scary is with a more conservative leaning Supreme Court now, some Republicans are optimistic that these serious anti-abortion laws could eventually become federal law.

I experienced firsthand how hard it is to debate legislators on abortion. When I testified against an anti-abortion bill in South Carolina, it didn’t matter that there was ZERO evidence that fetuses could feel pain. What mattered was the conservative politicians wanted to keep the support of who voted for them.

There are people in this country who believe abortion is actual murder. And it’s hard to find common ground with murder. It’s such an absurd thing of course because fetuses are essentially a bundle of cells that are not viable outside the mother’s womb. But that’s where religion comes in. Nearly all the arguments against abortion are religious in nature. People try to throw bad science in their arguments too (like the falsehood that fetuses can feel pain), but it’s a religious issue at the core. There are conservative Christians who have adopted the perspective that you need to be anti-abortion to be a good Christian. And it’s so hard to reason away someone’s faith.

If this post seems a bit defeated, it’s because it’s how I am feeling while reading the news. I do know there are many amazing activists who are fighting for reproductive justice even in The Bible Belt. You can support them by donating at this link. 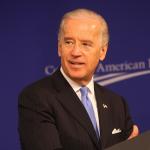 April 2, 2019
Liberals Who Defend Joe Biden Are Hypocrites
Next Post 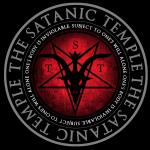 April 25, 2019 The Satanic Temple Now Has Tax-Exempt Status As A Church
Recent Comments
0 | Leave a Comment
Browse Our Archives
get the latest from
Nonreligious
Sign up for our newsletter
POPULAR AT PATHEOS Nonreligious
1