The Satanic Temple Now Has Tax-Exempt Status As A Church

The Satanic Temple Now Has Tax-Exempt Status As A Church April 25, 2019 Matthew

Jack also shared a quote from Lucien Greaves made a couple years ago on the issue:

Now that The Satanic Temple has tax-exempt status, Lucien had this to say:

“In light of theocratic assaults upon the Separation of Church and State in the legislative effort to establish a codified place of privilege for one religious viewpoint, we feel that accepting religious tax exemption — rather than renouncing in protest — can help us to better assert our claims to equal access and exemption while laying to rest any suspicion that we don’t meet the qualifications of a true religious organization. Satanism is here to stay.”

So donations to The Satanic Temple are now tax deductible. If Christians have a problem with that, then maybe they can reflect on why religious organizations have that privilege to begin with? 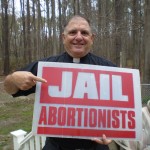 April 5, 2019
Abortion Could Be Punishable By A 99 Year Jail Sentence If This Alabama Bill Is Passed
Next Post

May 9, 2019 Using Math To Better Understand The Brain
Recent Comments
0 | Leave a Comment
Browse Our Archives
get the latest from
Nonreligious
Sign up for our newsletter
POPULAR AT PATHEOS Nonreligious
1

Why the Gospel Doesn't Work on...
Godless in Dixie
Related posts from According To Matthew