Man Gets Lenient Sentence For Raping His Daughter Because He Is A Pastor May 15, 2019 Matthew

This was a tough news story to read about. David Richards, a pastor from Tennessee, was sentenced 12 years in prison for raping his 14 year-old adopted daughter. This was far less than the 60 years the prosecutors sought out. Why did Richards get a more lenient sentence? Because of his religion. Seriously.

Tennessee Judge Steve Sword discussed how he gave Richards a lighter sentence because he was impressed with his work as a pastor and Bible study.

The daughter and victim of sexual abuse testified against her father:

“I wanted to throw my body away. Not a day goes by that I don’t, in some way, think of what he did to me. I firmly believe if given the opportunity, he would victimize another girl.”

Words can’t describe how terrible this situation is. I hope Amber is able to heal over time.

Richards pleaded his innocence and again mentioned his faith:

“I stand before you convicted of crimes I did not commit. I simply believe the system just erred in this case.’ ‘I’m not sure why I’m here…but I assume it’s for his (God’s) purpose.”

David Thompson, who shared pastoral duties with Richards, also testified in support of the alleged rapist:

“I find it impossible for me to believe he’s guilty of this. His business needs him. His family needs him. Our church needs him.”

When people ask for examples of Christian privilege, here is an depressingly salient example you can share with them. Richards’ faith and work as a pastor should not matter at all for determining his sentence. It is only because we live in a country that heavily values Christianity so much that this can be the case. As I’ve written about before, even progressive Christianity provides the foundation for these types of injustices.

Richards is seeking a new trial to get his sentence reduced even further. Let’s hope the Christian privilege doesn’t help him any further. 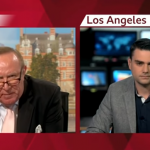 May 10, 2019
Ben Shapiro's Interview on BBC Provides A Great Example Of The Problems With US Political Discourse
Next Post 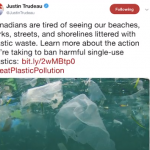 June 10, 2019 Canada To Ban Single-Use Plastics As Early As 2021
Recent Comments
0 | Leave a Comment
"Take care, mate!"
Jonathan MS Pearce My Final Blog Post: Reflections on ..."
"Happy trails, Matthew. It has been a pleasure reading you here."
Pam My Final Blog Post: Reflections on ..."
"meet the new boss... https://uploads.disquscdn.c..."
al kimeea Why This Progressive Is Excited to ..."
"Another upset Islamophobe. I imagine successful Muslims scare you."
JS Stop calling Reza Aslan a fraud ..."
Browse Our Archives
get the latest from
Nonreligious
Sign up for our newsletter
POPULAR AT PATHEOS Nonreligious
1