Atheist “Churches” Are Declining As Well

Catholic Church attendance in America has been declining sharply the past 20 years.  Church membership in general has also faced a sharp decline the past two decades.  This really isn’t news, but what is interesting to me is to see how atheist “churches” are declining as quickly as they came about.

The Atlantic had an interesting recent article discussing how secular groups such as Sunday Assembly and Oasis are facing a sharp decline in interest. According to the article:

Sunday Assembly has reported a significant loss in total attendees over the past few years—from about 5,000 monthly attendees in 2016 to about 3,500 in 2018. The number of chapters is down from 70 three years ago to about 40 this year.

These secular “churches” basically have the same feel of regular Christian church without the belief in anything supernatural. You meet in a building and sing songs. You eat food. You hangout after. But the lack of belief in god isn’t really enough to keep people together. Religion scholar Linda Woodhead discusses how community for community sake isn’t enough in that Atlantic article. Psychologist Ara Norenzayan also noted how sacrifice is important for religious community building. Coming and going without much binding people together isn’t a recipe for long term success.

I think the decline in these secular churches is connected to the general decline of the larger atheist community. As Hemant Mehta wrote a couple years ago, the atheist community was already facing attendance issues. I agree with several of the points Mehta argued to describe why this is happening. There are several issues, but I think the major one is simply that the movement has outgrown itself. Bashing creationists gets old. There are so many more atheists now and many of them want to do a variety of things, not just talk about religion.

Because religiously unaffiliated and atheists continue to increase in number, the feeling of them being a marginalized minority is decreasing. It’s simply not as interesting to be an atheist anymore. And while there are still plenty of stigma and problems, we can see a noticeable trend of accepting atheists in just the past 10 years.

To me, this means the atheist community has hit a point in the US where it has grown about as much as it can. The 2012 Reason Rally was probably the peak. And since then, there has been a steady decline. I personally do not do any atheist stuff anymore except for this blog (and I have been writing less and less frequently on here).

So in some sense, it is sad to see the atheist community fade and decline. It was very helpful for me and many other people when we felt isolated for our beliefs. And I think there will still be a solid atheist community around, especially in southern states. But the fact that the atheist community has grown beyond bashing creationists and fractured into many separate groups is a good thing. Again, it shows that atheism is becoming more accepted and atheists are simply interested in focusing their time on fighting other things. 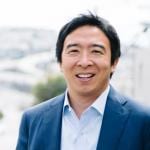 July 8, 2019
Andrew Yang Thinks It's "Ridiculous" How Some People Believe Atheists Are Less Moral
Next Post

September 3, 2019 New Competition Offers Reward For Productive Conversations On Difficult Topics
Recent Comments
0 | Leave a Comment
Browse Our Archives
get the latest from
Nonreligious
Sign up for our newsletter
POPULAR AT PATHEOS Nonreligious
1