What I Learned From Attending A Political Depolarization Workshop

What I Learned From Attending A Political Depolarization Workshop February 15, 2020 Matthew

And it actually worked! People in each group were reflective, self-critical, and extended compassion to the other side.

Now, of course the major limitation here is that it was rather self-selective. Those interested in depolarization showed up. But the goal was to then apply these skills into each of our networks.

The fascinating thing for me was watching how thoughtful people can be when they are in an environment that incentivizes them to do so. This is consistent with all the research that shows how psychological priming can change polarization levels.

At its core, emotion drives so much of political polarization. We have our ingroups and identities. And we are fearful to have those identities challenged. We erect defensive barriers rather quickly and often lack a motivation/incentive to avoid doing so.

So what this short workshop showed me is that under certain contexts, thoughtful and productive dialogue can occur. And then meaningful relationships can develop, which increases positive emotion to the outgroup and decreases polarization.

Unfortunately, the current system we have often rewards the opposite of all of the above. Algorithms reward outrage. The media is motivated by clicks/ad revenue. And having a constant battle between each side allows those in power to profit from the division.

In the end, it will take a concerted effort to combat this system. Psychologically, I think it’s possible. However, at a more macro level, the institutional forces seem unlikely to budge anytime soon. I hope that I’m wrong. But either way, I believe it is important to keep fighting for as much positive social change as we are able. 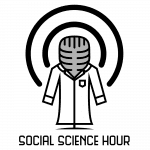 February 29, 2020 A Discussion on Science Education and Science & Religion
Recent Comments
0 | Leave a Comment
Browse Our Archives
get the latest from
According To Matthew
Sign up for our newsletter
POPULAR AT PATHEOS Nonreligious
1