Why Are Democrats Ignoring The Sexual Assault Allegation Against Joe Biden?

Why Are Democrats Ignoring The Sexual Assault Allegation Against Joe Biden? April 4, 2020 Matthew

Joe Biden has recently been accused of sexual assault by Tara Reade. Reade was a former Senate aide of Biden in the early 1990s and has claimed this assault happened in 1993. Reade did report a sexual harassment claim at the time, but was met with much resistance and she eventually gave up.

Several other women have complained about inappropriate touching from Biden as well. Lucy Flores, a former candidate for lieutenant governor of Nevada, claimed Joe Biden kissed her without permission at a campaign event in 2014.

When Flores shared her story in 2019, it motivated Reade to come forward with the full details of her story. Reade tried to seek out help from Time’s Up, an organization that claims to help sexual assault survivors come forward with their stories. However, Time’s Up turned down Reade because they said they couldn’t investigate anyone who is currently running for office because it could be viewed as political and jeopardize their nonprofit 501(c)(3) status. This stance would prevent survivors from coming forward with their stories against many powerful people in Washington as they often run re-election campaigns. Additionally, Ellen Aprill, a professor of tax law, claims Time’s Up is being too conservative with such a hard stance.

Regardless of the position held by Time’s Up, Reade’s story is now out in some media outlets such as The Economist, Huffington Post, and The Hill. But mainstream Democrats have been largely silent so far. Liberals such as Alyssa Milano, who was very vocal about the allegations against Brett Kavanaugh, have yet to say anything against Joe Biden.  (Update: Milano did finally address this and gave an absurd, tautological rationalization that the media would be covering this if it was credible. Wow. )

Last year, I wrote a post calling out Democrats for ignoring Biden’s creepy behavior. At that time, Tara Reade did not yet come forward. Now Biden has been accused of inappropriate behavior from several different women and one allegation of sexual assault. Why are Democrats ignoring this?

I hate to be overly cynical here, but it seems like it’s a clear example of political bias. Democrats (rightly) wanted Dr. Blasey Ford to be heard regarding her allegations against Brett Kavanaugh. But now that their presumptive nominee has been accused, mainstream liberals have been silent. We can’t ignore survivors of sexual violence when their allegations are against people on “our side.”

Reade’s accusation is just as credible as Ford’s. Some people tried to argue that she was a Bernie supporter and that’s why she is coming forward against Biden. However, Reade actually supported Warren and Williamson before finally supporting Bernie when he was the only candidate remaining against Biden. Others mentioned a blog post she wrote praising Russia. But a single blog post is hardly indicative of being a Russian agent and she explains why she had some positive feelings towards Russia after talking to her friend from that country.

Democrats may want to keep ignoring this, but we know Republicans will not when the general election comes. It shows how they feel about survivors of sexual assault when it becomes politically inconvenient. It’s very depressing to think about.

I thought Biden was a weak candidate against Trump before this accusation. And now, I really wish the Democrats would pick someone else. They still can. And Biden can still do the right thing by stepping down. Sadly, it seems like they are too concerned about power than anything else. 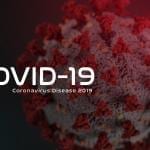 March 21, 2020
Compassion During A Time of Uncertainty
Next Post

April 8, 2020 Bernie Sanders Suspends His Campaign
Recent Comments
0 | Leave a Comment
Browse Our Archives
get the latest from
According To Matthew
Sign up for our newsletter
POPULAR AT PATHEOS Nonreligious
1