Why Not Be Nice? 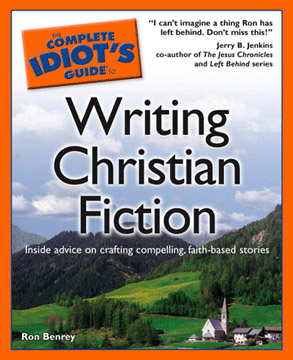 [ Argh. My newer version of WordPress has controls for placing an image, but they DON’T SEEM TO WORK. Until I figure them out, we’ll have to live with the non-existence of text wrap. I say again: Argh. ]

Comment-volleying on a blog with one of those people I refer to as a “nice Christian” – the people who project kindness and understanding as their motivation, all the while ripping your metaphorical guts out (“There’s no such thing as atheism! It just doesn’t make SENSE!”) – I stepped away from the subject of the debate for a moment, for the benefit of the other rationalist commenters, and addressed the interaction itself.

After the third or fourth time you say something, or the hundredth, you start to lose patience when the same stupid objections keep getting thrown back at you. Like putting out a public service announcement saying “Never bypass a safety gate at a rail crossing,” and then hearing tragic story after story where people did just that, because they were SURE they could get across, you get to the point where you realize you’re dealing with the small demographic of people who are never going to Get It.

A lot of us (atheists) think we should be unfailingly nice, to just persevere and keep on giving calm, rational, objective answers to each and every comment or question. In hopes that the other party in the conversation might be persuaded to change their minds, perhaps.

And most of the time, I’m one of them. Because, after all, they’re already one-down by being victims of the parasitic meme of religion. But sometimes … I’m not.

First, “Nobody was ever reasoned out of a conclusion which he did not reach by reason in the first place.” I’m more and more convinced that some people get religious  stuff into their heads and then suffer the equivalent of brain damage. The questioning, reasoning parts of their brains, if they ever had them, shrink and wither until they just don’t WORK anymore. You might as well talk to a dog about purple, for all the success you’ll have in getting them to think about what you’re saying. It’s independent thought vs. allegiance to authority – you can have one or the other, but not both at the same time. And the deeper and more fervently you get into religion, which is allegiance to authority on steroids, the more you MUST give up the ability to think on your own about the subject at hand. Faith can’t survive skepticism, so skepticism is murdered by faith.

After years of responding to authority, their so-called Word of God, godders no longer have the capacity for independent thought.

I’ve thought at times that what they do in arguments – making stuff up on the spot, for instance, but also redefining words and making insulting generalizations about other people – doesn’t really constitute lying, or even antisocial behavior. Because – like a cat murdering a baby rabbit over a long period of time – they lack the capacity to understand what they’re doing.

For a cat to demonstrate compassion to the baby rabbit, it would have to be able to imagine not-Cat, other-than-Cat, and they’re just not wired up for that. Their brains have room for Cat, and nothing extra beyond it. For them, within the necessary confines of their own cattish heads, killing something is a deep personal pleasure.

Likewise, with all-too-many Christians, including Mikey “I Know a Secret” McJesus here, to appreciate that language doesn’t necessarily mean what they say it means, to be able to tell the difference between a true statement and a false one, to understand that there are people who have good reasons for not agreeing with them, they have to be able to understand not-Christian, or other-than-Christian. But the very process of becoming that sort of Christian demands they cast all other possibilities out of their heads. There’s nothing left that can question, or doubt, or second-guess.

BUT THEY DON’T KNOW IT.

I’m convinced there’s a real neurological basis for the trait: I used to play handball. I built up eye-hand coordination so good it was scary. And then I quit playing. Sometime later I tossed up a peanut, intending to catch it in my mouth, something I’d done a thousand times in my handball days, and I missed. Surprised the hell out of me because I had no idea I’d lost it.

The circuits built up in my brain, those big healthy neurons that gave me that superb coordination, had gradually shrunk back to “normal.” And I simply no longer had the ability they’d given me to catch peanuts in my mouth.

Religious thinking exercises certain parts of the brain, certain collections of neurons, and ignores or allows to atrophy certain other collections of neurons. Reason and open-mindedness are among those parts of the brain which are allowed to atrophy. Think about it: The people who are MOST religious are the ones who are LEAST able to appreciate countervailing arguments, or to understand that others might be right and themselves wrong.

Lying isn’t really lying, to some people, because to tell a lie you have to understand that there’s someone else – some OTHER – to transgress against. If you can’t detect the feelings of that other, you can’t see anything wrong with making up stories about how they eat Christian babies, or are shiftless, lazy welfare queens, or want to steal all the jobs from hardworking Americans. These are not lies, they’re just … explanatory stories. And they’re not insulting, because there’s nobody there to be insulted. It’s OKAY.

This guy is one of those people. Not just a believer, but a SALESMAN. Come here to play out some sort of personal myth – “My War With the Unbelievers!” maybe, or “I Sally Forth to Win Souls for Jesus, and Thus Become Righteous!” Or maybe even “I’m Better and Smarter Than Anybody, So I Automatically Always Win Arguments, Even If Others Are Too Stupid to See It.”

Enough of the rant. The point is: I’m convinced it’s no use arguing with this guy. Most of us are used to talking to people of reason, however small or large an amount of it they have, and that’s not the situation here. He’s not going to get it. Not because he doesn’t want to, but because he can’t. And he has no more respect for you or your arguments than a cat could have for a mouse.

February 18, 2009 Festering Pus-Filled Psychotic Right-Wing Assboil
Recent Comments
0 | Leave a Comment
Browse Our Archives
get the latest from
Nonreligious
Sign up for our newsletter
POPULAR AT PATHEOS Nonreligious
1