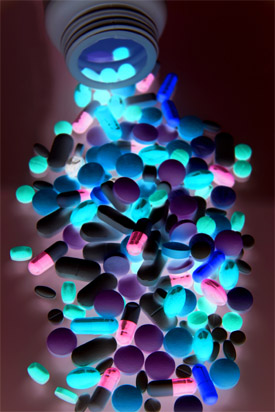 Suppose there was a way to make other people think like you?

Imagine a drug you could hand out that, with regular doses over a period of time, would cause other people to agree with you in every way. A drug that would cause them to be UNABLE, mostly, to disagree with you.

1) Would you give it to your kids?

2) Would you give it to your friends?

3) Would you give it to friends without telling them what it was but saying it would be good for them?

4) Would you hand it out to strangers on street corners?

5) Would you donate to an organization that planned to build offices in every neighborhood, which would be devoted to giving it to everyone who came in?

6) Would you give it to newborns, or children too young to make a decision about whether they should take it?

7) Would you be willing to put it into Halloween candy so that your neighbor’s kids would get it without them knowing it?

8 ) Would you be willing to secretly authorize handing that candy out to kids at school, without their parents’ consent or knowledge?

9) Would you give it to schoolchildren AGAINST their parents expressed wishes?

10) Would you pay to set up a booth at the local courthouse that would hand it out for free to everyone who came in?

11) Would you be willing to take it to other countries and hand it out to people, without carefully explaining to them what effect it would have on them, their families or relationships?

12) Would you be willing to take it to other countries and cultures and FORCE people to take it?

13) Would you be willing to ridicule, ostracize, torment or even kill those who refused to take it?

14) If someone else offered it to you, and you knew what effect it would have on you, would YOU take it?

The reason I ask is, I think this is exactly what religious people and organizations have been doing for the past several thousand years.

March 20, 2009 A Time in the Heart
Recent Comments
0 | Leave a Comment
Browse Our Archives
get the latest from
Nonreligious
Sign up for our newsletter
POPULAR AT PATHEOS Nonreligious
1