Invasion of the Buddy Snatchers

There’s a parasite that eats crabs from the inside. (I read about it in Carl Zimmer’s excellent Parasite Rex, reissued this year in a 10-year anniversary edition.)

It enters the crab by penetrating a weak spot, then spreads long rootlike tendrils through the crab’s interior. The crab’s immune system fails completely to recognize it, and it soon takes over the hapless crustacean, body and brain. The crab continues to eat, to feed the thing, but it can no longer molt and grow, regrow severed claws, or mate and produce offspring. In time, the parasite produces eggs, and the crab nurtures and spreads them as if they were its own.

It looks like a crab. It moves like a crab. For all I know, it tastes like a crab. But it isn’t a crab. Not anymore. It’s no more a crab than if a toymaker were to snatch one out of the ocean, core out its shell and throw the guts and brain away, and replace it all with a battery-driven mechanism that simulated crab motions.

What it really is is a home, a bus, a nursery, a supermarket, for the parasite. Whatever crabness it has as its own self is replaced by parasite-ness. The infected crab becomes a zombie crab, a Stepford Wife of a crab, an Invasion of the Body Snatchers crab, in total service to the parasite, for the rest of its life.

It’s harder to see, but the same sort of thing happens in human society.

I used to joke – well, half-joke anyway – that missionaries were the infectious agents of Christianity. With the relentless task of spreading the disease, they span the world, searching diligently for uninfected or under-infected cultures, and are drawn to put down roots and grow new centers of infection.

When I visited the Navajo lands in northern Arizona some years back, I was disturbed to see how many Christian missions there were. It seemed to me that there were more missions than there were convenience stores and gas stations.

I was interested in Navajo culture at the time, and it bothered me that the culture I was interesting in learning about had been tainted by this dramatically different invasive culture, one that I already knew annoyingly too much about. I didn’t want to see Christian Navajos, I wanted to see Navajos. But it seemed they were hard – verging on impossible – to find.

To tell you the truth, I wasn’t terribly bothered by it. I thought it was a shame, and I was irritated, but … it wasn’t my culture, was it? And the Navajos themselves, the few I talked to, seemed fairly defensive about their Christianity. They were Christians, they said firmly, leaving unspoken but definitely present the matter of “Who are you to question our religion?”

Fair enough, I thought – to each his own.

But then it happened to me. To my people.

I grew up with cowboys, in Texas and California. I was a cowboy for decades. Rode horses, led pack mules, drove draft horses, worked brandings at local ranches, even rode a few bulls. And though you’ll more often seem me wearing running shoes than boots these days, I still think of myself as a cowboy. I’m proud to wear the hat.

It was more than 20 years ago I saw the first signs of what was happening. I was at a rodeo watching the bull riding, and this one rider bucked off and landed with a thud. Before leaving the arena, he knelt in the dirt, facing the audience, and quickly crossed himself.

What a grandstanding little prick, I thought. “C’mon, man, this is a rodeo! Sell your religion on your own time; this isn’t the time or place for it.”

And he was so obviously selling it – carefully facing the audience and posturing in public instead of doing it ten seconds later in relative privacy, behind the chutes.

A couple of years later I was invited to a cowboy wedding. Cody and Lanie were getting married, and the ceremony was to be performed by a Cowboy Preacher.

Can’t remember the guy’s name, but I vividly remember seeing him for the first time. The guy was a … well, call him a gearhead.

Are you familiar with the concept? If it was cars, this guy would have his car tricked out with the spinner hubcaps, the huge and radical sound system, the custom paint job, the engine modifications, the custom suspension, all the most highly prized tricks and tech.

In cowboy terms, a gearhead is the guy who has to have the $500 boots, the “Man From Snowy River” Australian hat, the long canvas duster, the leather belt with silver conchos, the hand-tooled leather wrist guards, the oversized satin wildrag, the shirt with the pearl snaps, all the bright and shiny totally-cowboy stuff, so he’ll stand out like a lighthouse with everybody else serving as the surrounding fog.

Saying “he had a mustache” would be like saying Niagara Falls has water. It swept out from his lips on both sides like six-inch long waxed wings, and he was constantly twirling and fiddling with it.

I don’t think I can really describe his voice. I can hear it in my head, but I don’t know how to get across to you what it sounded like. Um … call it a husky voice, whiskey-hoarse, but with affected overtones like a ham actor flamboyantly chewing the scenery, and leave it at that.

He even had a melodramatic way of walking, an exaggerated bowlegged prance that would have been right at home on a small-town stage, with a mousy male librarian suddenly given the part of a swashbuckling king of the pirates.

And oh, boy, was he a Christian. Talking about “The Boss” and “The Chief Wrangler” and “that big spread in the sky” at every opportunity.

I suppose all of us have had the experience of seeing something in someone that others don’t see. June Cleaver wonders why her son Wally likes the overly slick Eddie Haskell. A father takes cold comfort in being right about the shiftless and abusive boyfriend the infatuated daughter couldn’t see until a year into the marriage.

That’s how it was with me. Everybody there seemed comfortable with this guy, but to me the phoniness rolled off him in breathtaking waves. I swear just being around him made me feel sticky. His posturing and prancing and affectations were as fake as a rubber dog turd, but nowhere near as funny. Seriously, just thinking about the guy as I write this, my lips curl in involuntary disgust.

But there he was marrying up Cody and Lanie, long-time friends of mine, and I had to go along with it all.

If anything, though, the guy became more repulsive as the ceremony proceeded. This was Cody and Lanie’s moment, in my mind, but here was this posturing yahoo taking over the stage with his shiny gear, his over-folksy, over-western delivery, stroking his mustachios, talking to the sky, preaching and lecturing, popping his eyes and mugging for nonexistent cameras, practically shouting “Look at me! Me! Me! Meeee!”

At the rodeos, I started noticing more of the arena-dirt kneelers. Sometimes you can tell how people feel about things even without them saying, and early on most of my cowboy friends felt as I did: Save it for Sunday, asshat. This is Saturday night, and this is RODEO.

But gradually there were more and more of the dirt-kneelers, and the feeling seemed to change to approval, even admiration. The parasite of Christianity was creeping into rodeo, making headway there.

And then one morning I woke up and discovered all my cowboy friends were evangelical Christians. Okay, it wasn’t really like that, but … damn, it sure seemed about that sudden.

Suddenly it seemed that the subtext of every meeting, every conversation, every email from my cowboy friends was their religion. The fun-loving rascals I grew up with were now these uncomfortable Jesus-y stand-ins, and I no longer felt like one of them.

And have you listened to Country Western radio lately? Shit howdy! About every fourth song now mentions Jesus, the Bible, angels, God, Heaven or any of a dozen other Christian-centric formulations. The guts of western music – say what you will about it, I know it as the once-proud ass-kicking maverick of music – are now Christian guts. Jesus is IN.

It’s no longer so important to be a cowboy, one of the “us” that we were for so long. This parasite, Christianity, invaded my culture, ate down into its guts and cored out what was there, replacing it with this whole other motive force. The invasion is pretty much complete, done, and now it’s vitally important, in the culture that was once mine, to be first a Christian and only then a cowboy.

They still look like cowboys, but all the cowboyness is gone — what remains is Christian.

They’ve gone off to someplace I have no ability, no desire, to follow, and one more unique and vital culture has fallen to the invasive parasite of evangelical religion.

This time, though, it’s my culture. I understand at last what it is that’s been happening to others all these thousands of years.

I confess to feeling alone.

September 8, 2011 Should We Ban All Religion?
Recent Comments
0 | Leave a Comment
Browse Our Archives
get the latest from
Nonreligious
Sign up for our newsletter
POPULAR AT PATHEOS Nonreligious
1 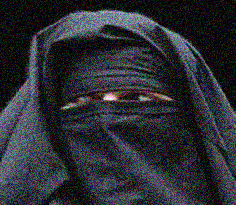 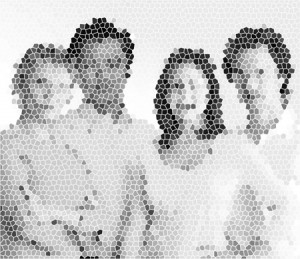 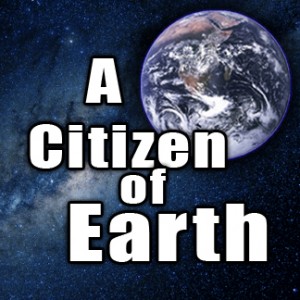 I Am The Captain Of The Demeter And...
Hello, friends. My name is unimportant, though my position on the ship...
view all Nonreligious blogs
What Are Your Thoughts?leave a comment
Copyright 2008-2020, Patheos. All rights reserved.