Don’t sweat it – it was more than a decade ago now, and I’m (mostly) over it.

Can’t tell you how much I loved the old beast.

His official name was Woodacres Ranger, and he was from a line of champion German shepherd show dogs. But I never even bothered to register him. To me, he was Ranger the Valiant Warrior, my best friend for more than 12 years, and we romped through the heart of the world together.

For most of his life, we lived in California’s Eastern Sierra, in a small town at about 8,000 feet above sea level. The trails are rocky, the water is crystal clear and ice cold year-round, and the wildlands thereabouts are filled with black bears, coyotes, uncatchably quick mountain bunnies, and all manner of smells and sights to delight an energetic dog.

We went for hikes along those mountain trails twice a day for just about the whole of his life. I liked to stroll along and savor the sights and sounds, Ranger loved to gallumph the trails and splash in the crystal creeks.

It was during those years that I worked as a draft horse teamster, shepherding tourists on summer hay rides and winter sleigh rides. Ranger came along on most of them, running alongside my big horses, ton-weight Belgians Duke and Dan or Percherons Esther and Jim. He loved to run fore and aft of the wagons or sleighs, exploring, and then climb up onto the driver’s seat with me when we stopped to rest. The guests always loved him, my lanky, big-eared, big-nosed, big-footed happy boy, but he had eyes only for me. He was a compass needle and I was his North Pole, and nothing could keep him from me.

Out one night on the streets of my small town, a pack of dogs came charging out of a dark side street and straight for us. I shoved Ranger behind me and crouched down ready to lay into them with fists and feet, but they veered off and vanished into the night. Someone asked me later, “Why would you do that? Isn’t he your guard dog?” and I answered, “No, he’s my guarded dog. Anybody tries to hurt him, they have to answer to me.”

He sometimes bit me hard enough to draw blood when we were playing, his greetings after the shortest of separations left claw marks on my chest and arms, he took up too much of my bed at night, he filled my couch and easy chair and carpet and truck seat with his ever-shedding dog hair … and I couldn’t possibly have found it any more endearing.

Can’t tell you how much it hurt when he died.

I was 45. I was sorta quiet and numb for a couple of days afterward, being all manly and adult about it. But on the third day, home by myself, I suddenly found myself lying on the floor in a half curl, pounding the carpet with my fist and howling like a 5-year-old, “I want my dog back! I want my dog back!”

But I learned something in the midst of getting over it, and it’s worth relating here in trying to describe what it’s like to become an atheist.

And then one day, he was gone.

After the first intense shock, weeks or months in length, I discovered a series of lesser shocks waiting in ambush over the next several years. Eventually, I understood I was being forced to peel Ranger out of my life one little bit at a time.

I cried about losing him in private at home. But then I had to grieve all over again at each place we frequented, each place that held memories of him.

Went out to where we used to take the hay rides, cried. Strolled out along the nearby creek where we used to hike and climbed up on the log where we crossed, cried. Stopped at a mountain meadow frequented by deer and crossed by a stream, a favorite hiking and picnicking spot for both of us, cried. Passed by a place we used to live, cried. Stopped to look at a flat rock along a mountain stream where he used to hang his toes over the edge and look down into the water, cried. Drove down a highway where he used to aim his nose off the edge of my pickup bed to catch the rapid wind, cried.

In a particularly strong example of what I’m talking about here, it was fully two years later when, for the first time since Ranger died, I came up to one of the places where we had often hiked.

In a town 40 miles south of where we lived, Ranger and I had this one trail along a canal where we loved to spend time. We’d roll up under this big cottonwood tree and eat lunch in the truck, then stroll down the length of the canal for a mile or so, crossing at a bridge and then strolling back. Ranger got to stay wet and cool on the hot summer days, I got to amble along and woolgather, and it was a timelessly perfect moment, every time.

And here I was, two years later, there at the canal, but without my Ranger. Two years later. I pulled up to the base of the spreading shade tree where we always parked, got out of my truck, took a look at the canal stretching off in both directions and the trail alongside it … and burst into huge painful sobs for the loss of my dog.

Ten years after, just this past summer as I write this, I stopped on the north shore of Lake Tahoe, where Ranger and I lived for several months, and I stepped out onto a beach where we illegally and delightedly romped every night … and cried.

What I realized is that when you lose someone you love, you have to say goodbye to them not just at the moment they die but at every crossroads of your life and theirs. They are bound up into a thousand daily moments of your self, and you have to deal with the pain and confusion of losing them at each of those moments. Every act of the day, every near and distant spot on the road of your life that you formerly shared with them, in each of those times and places you have to give them up all over again.

At each crossroads, grieving must take place and be done with.

But this book is not really about death. It’s about life.

Pay attention now: In becoming an atheist, I’m not saying you’ll feel grief for your missing god – quite the opposite. What I’m talking about is what seems to me to be an unavoidable difficulty of becoming an atheist if you come from a religious background – even a moderate one.

In exchanging the mode of faithistic thought for something more comfortable and rationally satisfying, you might still face a lengthy process before you get the last shreds of goddiness out of your head.

You might recognize fully the emptiness and unacceptability of goddy belief, you might conclude, rationally and intellectually, that your parents’ religion (or any religion) can no longer satisfy your reasoning mind … but it may still take a while to get free of it.

In the same way that Ranger became a part of my thoughts, religion has become a part of yours. In becoming an atheist, every intersection of religion with your life and mind must be examined, thought about, and released.

This can be a time-consuming process.

Lacking any sort of guide, and having to keep the whole chore mostly to myself, it took me a good 20 years to get all the goddiness, all the superstition, all the last suspicions and questions about religion, out of my head. I finally realized – and it was a moment of brilliant light, I can tell you, as positive in its direction as losing Ranger was negative – that I was completely free to be me.

Getting religion out of my head was a beautiful, intense emancipation. The sheer awesome clarity that came to me after that, the peace that descended on me, is not something I could easily describe.

It wasn’t the peace of supposedly knowing some holy book was the ultimate answer, if I only gave up enough of my questioning mind to accept every word of it.

It wasn’t the elusive peace of believing I’d done every ritual and abasement correctly, that I had scraped and bowed and sacrificed enough that some god would mercifully refrain from killing my loved ones and might even let me into eternal paradise.

It was the peace of understanding that, while there might be quite a lot of the world unknown to me, there was nothing purposely concealed. There was nothing “man was not meant to know.” The whole of the universe was this honest, trick-free place that I myself could come to understand, with the only limits being my limits – of intelligence or energy – and not those imposed by the hallucinatory scribblings of Bronze Age shepherds.

I discovered that there were no all-wise holy men who talked to powerful but secretive gods in ways that were denied to me. There was no magic ritual I needed to perform each day in order to avoid burning in fire.

There was no mystical superbeing looking down in prissy, embarrassed fury every time I got an erection. No mean-spirited creator of the universe taking down my name in purse-lipped concentration each time I wanted to crack open a science book. No small-minded, vengeful holy telepath glaring into my mind and angrily noting my every traitorous, blasphemous, independent thought.

There was no threat built into the universe, no lightning-wreathed fist waiting to smash me for making the slightest misstep.

There was absolutely no demand that I give up some or all of my mind to human vultures – priestly con men there to transform natural fears and functions into carrion to feed upon.

Yes, I am still afraid of death, and of loss. But I no longer have to be afraid of life, or of living it.

This is freedom you cannot find in church.

It’s only part of what awaits you, as you make this journey.

Barnes & Noble (trade paperback and ebook)
Signed by the Author 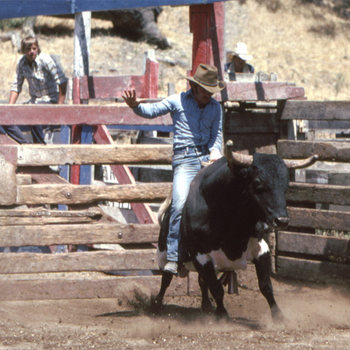 Nonreligious
Clarification of an Argument for Atheism
A Citizen of Earth