Fanboy Does ‘The Avengers’

Went to the midnight showing of The Avengers last night.

I’ve been saying for a couple of years that someone figured out something, about the time of the first Spider-Man movie. Something about how to do a REALLY GOOD superhero movie.

The whatever-it-was came to perfection by the time the second Spider-Man came out, the one with Doc Ock, making it the screaming best superhero movie ever-evarrrr.

But then the first Iron Man hit the screen. Blew. Me. The. Fuck. Away. Topped Spidey 2.

It’s rare that people cheer or clap during movies, but this one had total audience participation. And a number of times we laughed out loud.

Two characters I was pleasantly surprised by:

Clark Gregg as Agent Phil Colson of SHIELD, the guy who appeared in both Iron Man movies and the Thor movie. Usually these supporting roles are just sort of thrown in as what amounts to two-legged scenery. But Colson gets his own time on screen, and the movie is way better for it. He gets one righteous comedic line, and a warm, well-fitting place in the overall story.

Hawkeye. You know how you see something with more than one main character, and it’s sort of like one of those helicopter-jet plane hybrids that is neither a good helicopter nor a good jet plane? So that both characters get shorted, and it ends up pissing you off because it’s so lame? Or maybe how (atheist reference here) people always talk about “the Father, the Son and the Holy Ghost,” but nobody knows what the fuck the Holy Ghost is? How some characters are just sort of stuck into a movie because they HAVE to be there, but nobody knows quite what to do with them, and the director goes “Oh, yeah … uh, you stand over here and look fierce. And then, like, you know, pump your fist and go ‘Yeah!!’ when she finishes talking. And just sort of scowl a lot.”

I expected Hawkeye, played by Jeremy Renner, was going to be exactly that. But damn, he holds his own in onscreen time and importance to the overall story.

I also worried that the non-supers, Hawkeye and the Black Widow, were going to be shorted in action scenes. I mean, what can you do to carve out your place in the same battle with Thor, Iron Man, or the Hulk? But Natasha and Hawkeye were integral to both the story and the action, and I loved them both.

(Also, there’s a female Right Hand Man to Nick Fury who gets considerable screen time. I don’t remember enough of my Avengers canon to know who she was, but I liked both the character and the actress, and I hope to see her again in this role, and other roles.)

I’m going to gloss over Iron Man, Captain America and Thor – not because they deserve it, but just because I’m in a rush to finish this and get off to work. Suffice it to say they were terrific. Also, Loki – really good villain.

A flying-dinosaur mechanical monster flows into a scene, and plain old Bruce Banner strides toward it, says one epic line, and … does things. The audience practically stood up and cheered. I wanted to yell “Yeah, come on, fuck with Earth Men, netherspace douchebags!”

Another scene:  Thor and Hulk wade into battle together, then stand together afterward for a second and … no, you’ll have to see it.

Finally, Loki and Hulk have words. Hulk has the Last Word. Just about split a gut laughing, cheering.

There’s also a sweet little bit of Hulk-related humor from Captain America. The heroes are marshaling for this epic battle and Cap is giving them their fighting orders. “Thor, you do this. Iron Man, you do that. Natasha and Hawkeye, you do the other. And Hulk … (pause, shrug) … smash.”

This is a Big Screen movie. Do see it in theaters; unless you have a hella big screen at home (and inhuman patience), don’t wait for the DVD. (Hey, you know where  SHIELD headquarters is located, right? You have to see this thing.)

Postscript 2: Don’t waste your time looking for Stan Lee. He’s in there, but you have to wait til the end.

Postscript 3: Oh, yeah, stay for the epilog. A familiar evil face smiles from the darkness, and you see the villain set up for the next one (always assuming there is a next one).

May 4, 2012 Interview With The Blue Collar Atheist
Recent Comments
0 | Leave a Comment
Browse Our Archives
Follow Us! 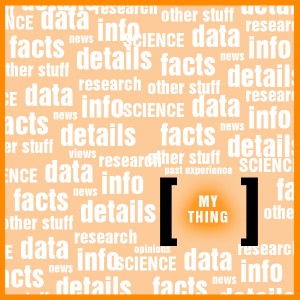 Nonreligious
Beta Culture: The Poison of Stories
A Citizen of Earth 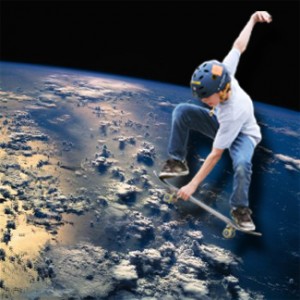 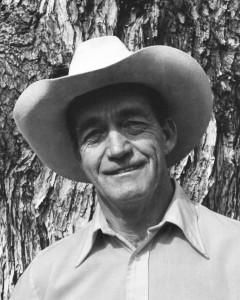 Nonreligious
Rumination on Death, and Love, and Life
A Citizen of Earth
TRENDING AT PATHEOS Nonreligious