Shoving Orphans Away From the Table

Shoving Orphans Away From the Table April 22, 2013 Hank Fox

How many times have you seen it? Someone convenes a panel of talking heads to discuss morals, justice, or any of the other “goodness” issues, and the speaker’s table is filled with a priest, a minister and a rabbi (and here lately, to prove our generous and inclusionary nature, an imam).

As far as the organizer is concerned, and large swaths of the audience, atheists don’t exist. Because we don’t know anything about morals, you see, or deep human convictions, or even feelings. We can’t speak with any authority.

Such an event just happened. It was last Thursday’s Interfaith Memorial Service to honor the victims of the Boston Marathon bombings, held at the Cathedral of the Holy Cross.

Grief Beyond Belief on Facebook brought it to my attention, but the subject is all over the atheist blogosphere.

The Harvard Humanist Community was shocked Thursday when their members were, in the carefully-chosen words of New York Times best-selling author Greg M. Epstein, “blown off” and excluded from an inter-faith memorial ceremony for the victims of the Boston Marathon bombing.

“We have friends and family who are in the hospital in critical condition, who nearly died,” he told Raw Story. “It wouldn’t have been so difficult for those who organized the vigil today to make some kind of nod to us, and that’s all we would have wanted.”

The Harvard humanist chaplain and author of “Good Without God” explained that the exclusion of non-religious Bostonians was particularly shocking because someone dear to the Harvard Humanist Community was gravely wounded in the bombings.

Celeste Corcoran, who was caught in the blast with her daughter and subsequently lost both of her legs to amputation, was a volunteer for the Harvard Humanist Community, Epstein said. She was also something of an “aunt” to Sarah Chandonnet, the group’s outreach and development manager and “second senior-most member,” he added.

It even made it into Psychology Today.

This event, the bombing in Boston, is one of those bring-us-together events that helps us understand the fragility and brevity of life. The response SHOULD be a grand coming-together to make the point that … well, that we are all in this together, that the greatest safety lies in understanding the power of unity.

And for many Americans, I suppose that happened.

Unbelievers, though, were made to feel like the fat kid at the prom.

The request to be included, which WAS made, was ignored. Nope, can’t have atheists standing in front of the cameras in front of God and everybody.

Besides, this is about faith. You atheists don’t have any. Why, it’s almost like you’re not real Americans. Buzz off.

Zachary Bos and the SCA of Massachusetts put out a statement about efforts made before the event:

“It won’t be for lack of trying that we aren’t represented in the collective response to this tragedy,” said Zachary Bos, co-chair of the Secular Coalition for Massachusetts, and State Director for American Atheists. “We know that historically it’s been a easier to engage with people who are religiously-identifying and more likely to be organized. That is why we’ve been pro-active in calling elected officials and reaching out to religious colleagues, to find a way to be involved. If anything, the events of the past week tell us that we should be cultivating these relationships anyway, so that when tragedy does strike we are ready to respond immediately, a community of different philosophies united in common cause.”

We still have a way to go. 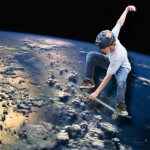 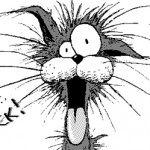 April 23, 2013 Well, This Is Disturbing.
Recent Comments
0 | Leave a Comment
Browse Our Archives
get the latest from
Nonreligious
Sign up for our newsletter
POPULAR AT PATHEOS Nonreligious
1